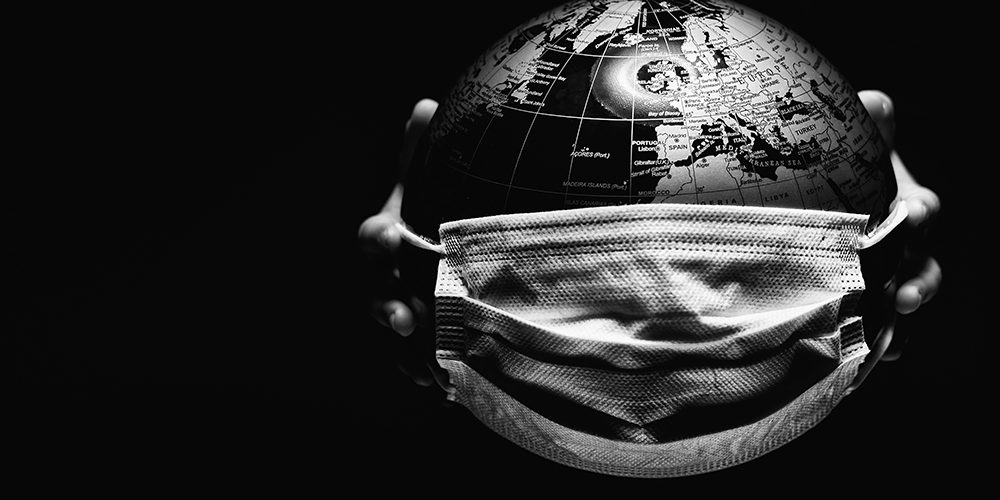 “This pandemic has been very severe, it has spread around the world extremely quickly and has affected every corner of this planet. But this is not necessarily the big one. This virus is very transmissible and kills people, it has deprived so many people of loved ones. But its current case fatality is reasonably low in comparison to other emerging diseases. This is a wake-up call.” Those were the stark words of Dr. Mark Ryan, head of the emergencies program at the World Health Organisation (WHO) as the COVID-19 pandemic was in its second ‘wave’ in December 2020.

The pandemic certainly was a wake up call. The global response to COVID-19 was a series of failures, a damning indictment made by the WHO on January 20th, 2021, in its ongoing assessment of the how governments and public health bodies worldwide had responded to the crisis. The WHO panel, led by Helen Clark, a former Prime Minister of New Zealand, and Ellen Johnson Sirleaf, a former President of Liberia, criticized the slow and contradictory responses to the coronavirus by all entities, including the WHO itself.

Many experts agree that there will be future pandemics, probably increasingly so. The mistakes made with COVID-19 must pave the way for improved responses in the future. For that purpose, and with an eye firmly on the future, two responses will be specifically explored in this article: the role of artificial intelligence (AI) and the emergence of the concept known as ‘glocalization’.

There are many exciting ways in which AI can be used to predict, collate, and analyze major healthcare events such as pandemics, as well as provide solutions in terms of both response and drug and vaccine development.

AI-enhanced computer modeling will ensure that the viruses of future pandemics can be identified and mapped more quickly and efficiently. The potential for this was demonstrated by Dr. Harel Weinstein at Cornell University’s Weill Cornell College of Medicine in May 2020. Weinstein and his team were able to investigate the coronavirus’s initial penetration of the outer membrane of a host cell, doing so by modeling to the tiniest atomic detail the unique and famous ‘spike’ of the virus, known as the fusion peptide. It was this peptide that made it so efficient in penetrating host cells. The phenomenally precise microscopic work was made possible with extensive access to the cloud computing resources of both IBM and Microsoft.

Dr Weinstein attributed the rapid identification of the coronavirus’ so-called ‘spike’ to the detailed structural model that they derived using IBM’s AI methodologies. Weinstein commented how, “Because we now understand how this happens in such fine molecular details, this approach should be useful in the future if another dangerous coronavirus starts spreading in the human population.” These tools further enabled the design of drugs that can block this fusion peptide.

One of the most crippling aspects of any pandemic or major public healthcare event is the overwhelming amount of medical data and other analytics that arises. Traditional research methodologies, including legacy computing capabilities, simply cannot cope with the enormous amount of data that can arise due to a pandemic or similar major healthcare event. Furthermore, predictive models used by healthcare professionals are only able to consider limited variables in health data that is clearly delineated and well-organized.

Healthcare-focused machine learning, such as that developed by IBM Watson, is able to make sense of huge amounts of medical data, however chaotic and however many myriad sources it is derived from. Critically important data insights can be produced by machine-learning tools using neural networks that ‘decipher’ patterns and other important attributes from data.

A 2021 study by Williams, Chaturvedi, Urman et al. found that there were multiple benefits in using AI during a pandemic. As an example, the study cited the successful use of COVID-Net, which used neural networks to diagnose COVID-19 from chest radiography images, far more quickly than the conventional reverse transcriptase-polymerase chain reaction (RT-PCR) technique usually used for such diagnoses.

AI also has a significant role to play in the predictive capabilities of future pandemics. There was already evidence of those capabilities during the COVID-19 virus, with AI-based prediction models being used in key focus areas, including population surveillance, case identification, contact tracing, and containment measures. Kings College London reported about an AI  application that helped researchers in the UK determine the speed with which the coronavirus was spreading, including in what regions of the country, as well as pinpoint what people were at highest risk.

Further evidence of AI’s predictive potential was evidenced by the Canadian company BlueDot, which disclosed the possibility of an outbreak of the coronavirus as early as December 2019. Its AI platform successfully flagged a cluster of “unusual pneumonia” cases occurring in the vicinity of a market in Wuhan, China on December 30th, according to CNBC. It achieved this with data trends analysis-based modeling using machine learning and natural language processing (NLP). The BlueDot platform accurately predicted eight of the first 10 cities that had outbreaks of the disease in Hubei province and beyond. The company informed its clients of predicted outbreaks via its ‘Insights’ platform. It further accurately predicted that Brazil and India would be future hotspots for the coronavirus, months in advance of them becoming so.

The COVID-19 pandemic wasn’t only uniquely disruptive from a global health perspective; it was also disruptive (and potentially paradigm-changing) in how globalization was viewed in the stark context of a global pandemic.

The Emergence of ‘Glocalization’

There is no denying that COVID-19 was turbocharged due to an increasingly globalized world. According to The Lancet: “The scale of the COVID-19 pandemic is a consequence of international trade and globalization, with the virus spreading along established trade and travel routes.” Globalization came off as culprit. Even traditionally globalist, neoliberal publications such as the Harvard Business Review and Time had to admit that globalization would never be the same again in the aftermath of the pandemic.

A further development is a greater reliance and focus on the local, rather than the global or even regional. Glocalization, a part-portmanteau of the words ‘globalization’ and ‘local,’ is defined by the Encyclopedia Britannica as, “the simultaneous occurrence of both universalizing and particularizing tendencies in contemporary social, political, and economic systems.” It’s a fascinating development applicable to nation states and corporations alike, and with profound impacts on how pandemics could be dealt with in the future.

The COVID-19 pandemic resulted in the near-shutdown of most of the world economy, on a scale and with a reach never seen before. Particularly hard-hit was the medical product supply chain and the provision of everything from face masks, medical gowns and goggles and other personal protective equipment (PPE), to ventilators and medical oxygen, and allied critical medical equipment. The WHO was already warning about looming shortages in these critical supplies by as early as the first week of March 2020, when the pandemic was still in its early stages, and which the U.S. Food and Drug Administration (FDA) had already cautioned about a week before.

Think tanks, UN agencies, and governments alike were soon stating the obvious: too many countries had become too reliant on global medical supply chains, including the United States. This over-reliance on globalized supplies meant that the healthcare departments in many countries simply couldn’t respond rapidly and effectively with the outbreak of a global pandemic.

Some players in the medical supply chain industry argued that these supply chains had to be more sophisticated and resilient in order to cope with future pandemics, as German logistics giant DHL outlined in its white paper on the topic.

An emphasis on glocalization could be an even better answer. Marcell Vollmer, partner and director for the Boston Consulting Group (BCG), certainly believes that. Marcell contends that, “For global supply chains, Glocalization combines the global sourcing for categories to benefit from labor arbitrage or competitive technologies with the proximity of local and regional availability of critical supplies.”

Marcell and other analysts, including the Alliance for Research on Corporate Sustainability (ARCS), make compelling cases for why glocalization could be the answer: it means governments and private companies are able to harness the efficiencies and economies of scale afforded by global trade, while ensuring that critical products and equipment are sourced locally (or regionally at most) and, thus, be readily available should a crisis – such as a pandemic – suddenly arise.

This shift to glocalization is already evident in the business world, with many industries and multinational players now managing their supply chains and operations with a far stronger local focus. PwC, in its 2020 report titled The journey from globalisation to ‘glocalisation’: How COVID-19 has accelerated the shift to more local and flexible operations, noted that, “One fact is already clear: COVID-19 has ensured that the case for moving from global to “glocal” operations has gained unstoppable momentum.”

A Sustainable Counterpoint to Neoliberal Globalization

Neoliberal globalization came under scathing attack by notable critics such as environmental and social justice activists David Suzuki and Vandana Shiva, as COVID-19 exposed the shortfalls of said globalization. Another such critic was American environmental writer Ethan Goffman, who wrote that glocalization was the answer, noting that, “The neoliberal version of globalization has spurred environmental devastation, economic inequality, and excessive global travel. A new glocalization should advance in tandem with reduced air travel, local production, smart growth, and greatly reduced automobile trips, among other measures.”

To conclude: we are very likely entering an era of pandemics. David Aronoff, the director of the Division of Infectious Diseases at Vanderbilt University Medical Center in Nashville, Tennessee, conceptualizes this ‘age of pandemics’ in chilling terms: “We’re constantly concerned that something will be around the corner. And we’re living on a street that’s all corners”.

Responses to future pandemics will need to be far more intelligent, efficient, and effective than the management chaos and breakdowns in medical supply chains that were a hallmark of the COVID-19 pandemic. AI and glocalization are two multi-faceted solutions that should offer hope in that regard. In an age of pandemics, we need streets with less blind corners.