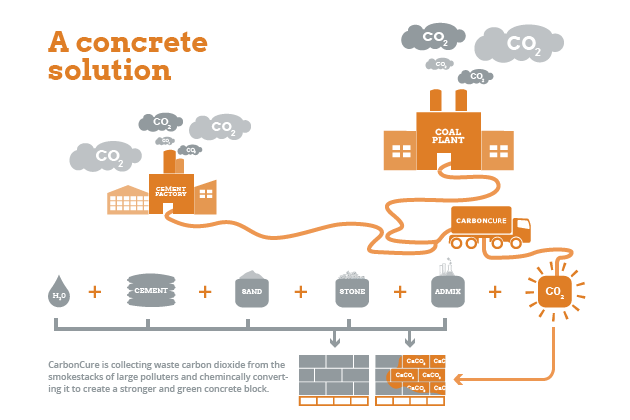 Cement is responsible for 7% of global man-made greenhouse emissions, making it the world’s second largest industrial source of carbon dioxide, according to the International Energy Agency. Data from the United States Geological Survey — the scientific agency of the US government — reveals that global cement production was responsible for about 4 billion pounds of CO2 emissions in 2017 alone.

But a Canadian startup has invented a new system for making concrete that traps CO2 emissions forever and at the same time reduces the need for cement.

CarbonCure’s system takes captured CO2 and injects it into concrete as it’s being mixed. Once the concrete hardens, that carbon is sequestered forever. Even if the building is torn down, the carbon stays put. That’s because it reacts with the concrete and becomes a mineral.