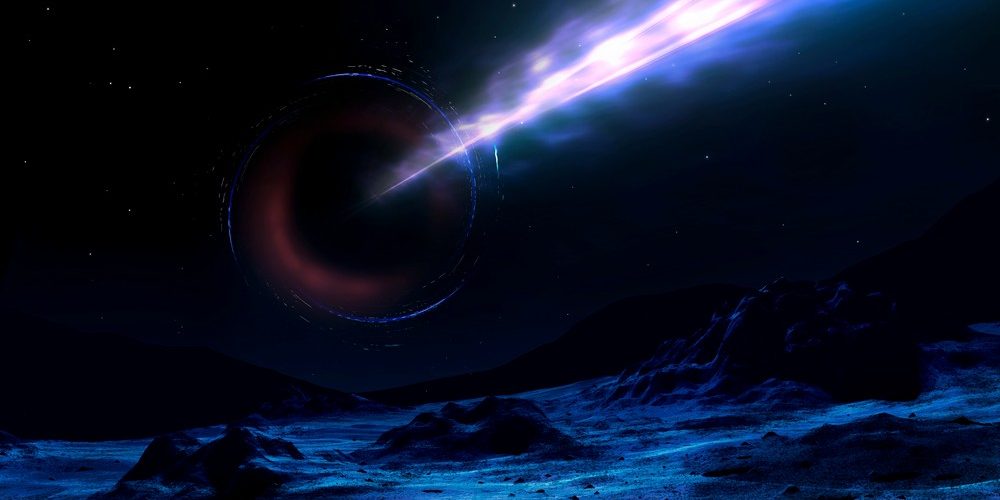 Scientists have discovered the most ancient and distant “blazar,” a galaxy with a supermassive black hole that spews out mind-boggling amounts of light, at the edge of space and time. The object is roughly 13 billion light years away, but scientists were able to detect it because it is so “radio-loud,” meaning it is incredibly luminous even from afar.

A team led by Silvia Belladitta, a graduate student at the University of Insubria in Italy, announced the discovery of the blazar on Friday in the journal Astronomy & Astrophysics. Named PSO J030947.49+271757.3 (or PSO J0309+27 for short), it is the first known blazar at such a high “redshift,” which is a scale that measures the distance of luminous objects based on the distorted color of their light.

The blazar has a redshift of 6.1, which has never been measured before for a similar object, explained Belladitta and her advisors, Alberto Moretti and Alessandro Caccianiga, in an email. “At this redshift (6.1), we are observing the Universe as it was 900 million years after the Big Bang,” the team noted, which adds up to “less than one tenth of its life” of 13.8 billion years.