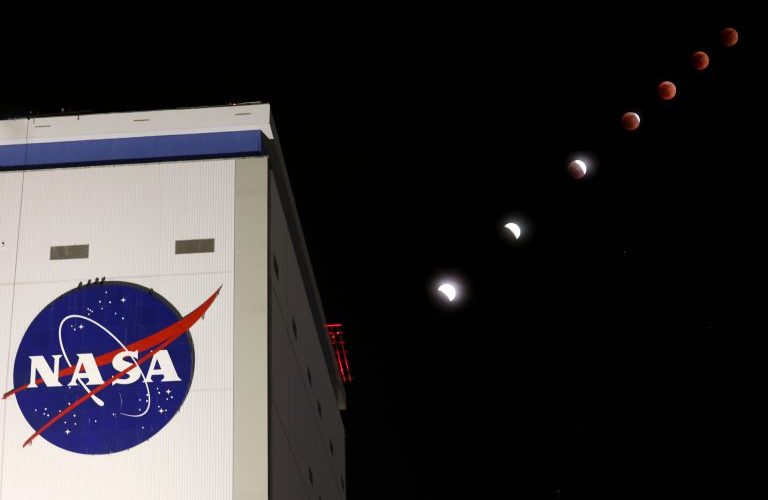 For the second time in 2022, stargazers will have the opportunity to view a total lunar eclipse on Nov. 8. At least a portion of the phenomenon will be visible throughout eastern Asia, Australia, the Pacific, and North America. The previous total lunar eclipse happened in May.

According to Alphonse Sterling, astrophysicist from NASA’s Marshall Space Flight Center in Huntsville, Alabama, total lunar eclipses occur approximately once every 1.5 years on average. While the Moon has been providing generous eclipse viewing opportunities this year, viewers should take advantage of November’s eclipse because the next total lunar eclipse will not occur until 2025.

For North America the action will start in the early hours of the morning on Nov. 8. The partial eclipse will begin at 3:09 a.m. CST, with totality beginning at 4:16 a.m. and ending at 5:42 a.m. Then, the partial phase will resume, lasting until 6:49 a.m. Those in the eastern part of the United States will miss most or all of the last partial phase because the Moon will set during totality or shortly after totality ends.

Another feature of a total lunar eclipse is the Moon’s red hue during totality. The red color occurs because of the refraction, filtering, and scattering of light by Earth’s atmosphere. The scattering is a phenomenon called Rayleigh scattering – named after the 19th-century British Physicist Lord Rayleigh.

Rayleigh scattering is also the reason for red sunrises and sunsets. Light from the Sun collides into the gases of Earth’s atmosphere and because of its shorter wavelength, blue light is filtered out, but red light is not easily scattered because of its longer wavelength. Some of that red light is refracted, or bent, as it passes through Earth’s atmosphere and ends up shining on the Moon with a ghostly red light. The degree of redness of a fully eclipsed Moon can be influenced by atmospheric conditions resulting from volcanic eruptions, fires, and dust storms.

But what does Earth look like from the Moon’s perspective during a lunar eclipse? According to Mitzi Adams, astrophysicist at Marshall, astronauts on the Moon during a total lunar eclipse would see a red ring around a silhouetted Earth. As NASA works to establish a permanent human presence on the Moon through the Artemis program, it’s fascinating to consider how Earthlings will experience astronomical events away from their home planet.

No special eye protection is needed for viewing a lunar eclipse, unlike solar eclipses (which occur during the daytime). While the lunar eclipse can be observed with the unaided eye, a pair of binoculars or a telescope can enhance the view.