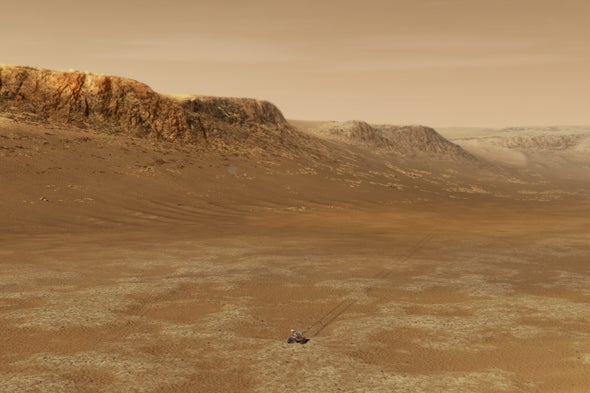 On a space mission, timing is everything. An intricate choreography of commands and actions is required to make any such mission a success, and none more so than an escapade on the surface of another world. Now, on February 18, NASA is set for another delicate dance of interplanetary chronology when its Perseverance rover touches down on Mars—the successor to its aesthetically identical sibling, Curiosity, which landed in 2012. This time around, the mission is conducting a search for past life on Mars, alongside other exciting experiments.

The 1,025-kilogram rover is powered by a radioisotope thermoelectric generator, fueled by heat from decaying plutonium, which should help it avoid a dust-laden fate such as prematurely ended the missions of its solar-powered predecessors Opportunity and Spirit; but getting up and running as soon as possible after the landing is still crucial. The rover has an ambitious amount of science to conduct in its primary mission lasting one Martian year (two Earth years). And, although its mission is likely to be extended, given the overwhelming richness of its landing site in the ancient Martian river delta within Jezero Crater, scientists are eager to get the ball rolling sooner rather than later.

Before they can get down to that urgent business, however, Perseverance needs to first endure its autonomous seven-minute descent to the surface—known as the “seven minutes of terror”—and then check its vital organs are in working order as well as launch a first-of-its kind attempt at aerial flight. Suffice to say, the busy rover’s schedule is positively jam-packed. Interplanetary mission timings are always subject to change depending on how things progress, of course, but a timeline is already in place for Perseverance’s first 100 days on Mars. (Note, a day on Mars is about 40 minutes longer than a day on Earth.)