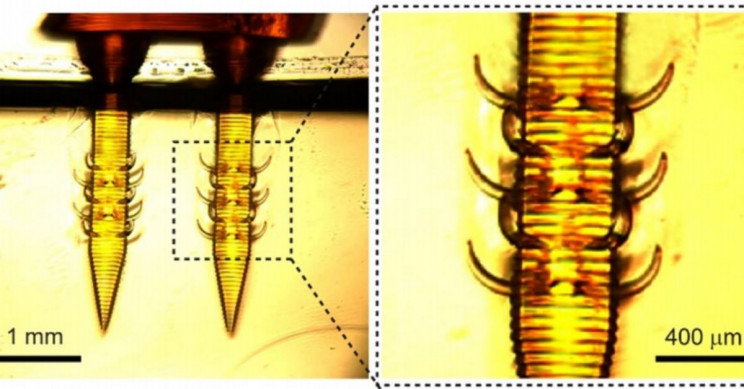 Naturally, “protruding barbs” is not an inviting description. But they only stick out 0.05 centimeters (0.02 inches) from the needle’s main body — roughly the same thickness of a pinky nail. According to the paper, the “bioinspired backward-facing curved barbs” were developed to enhance “tissue adhesion” to lessen pain typically associated with administering medication via syringe.

The 3D-printed needle was fashioned after nature, as researchers felt inspired by examples from the animal kingdom. Specifically, they looked to ones that could minimize pain yet maximize injection efficiency. They considered “microhooks of parasites, barbed stingers of honeybees, [and the] quills of porcupines” to invent their unique and functional barbed needle design.

One of the paper authors — Howon Lee — said the team’s idea aimed to “mimic the way nature does things” to create something efficient and practically painless. Once the prototype was tested on raw chicken, Lee and his team surmised that the best design was one with six microneedles — each one with skin-gripping barbs.