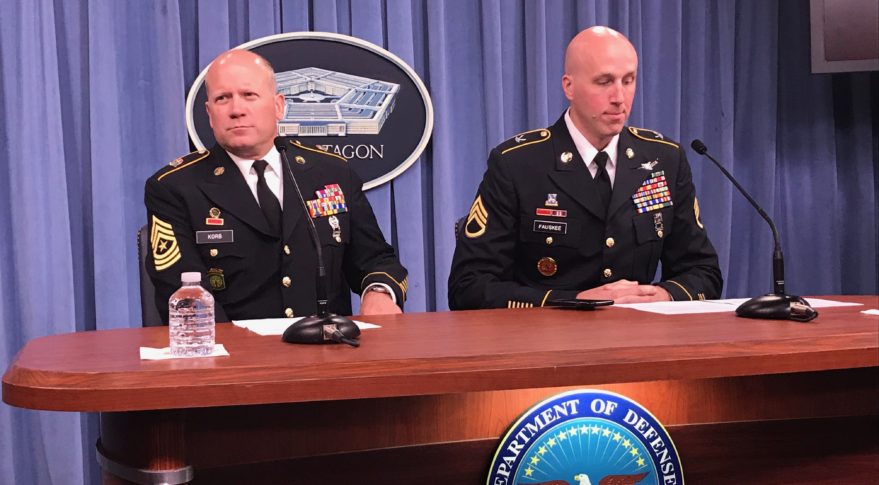 Soldiers from a Colorado National Guard space battalion who visited the Pentagon on Wednesday said they have no idea what role, if any, they would have in the Space Force that President Trump has proposed.

But they did provide a glimpse into the daily grind of space warfare.

When they are called up for duty, soldiers from the 117th Space Battalion go to war zones to help commanders on the ground get what they need from space: satellite imagery, weather analysis, early warning of a missile launch, communications and navigation.