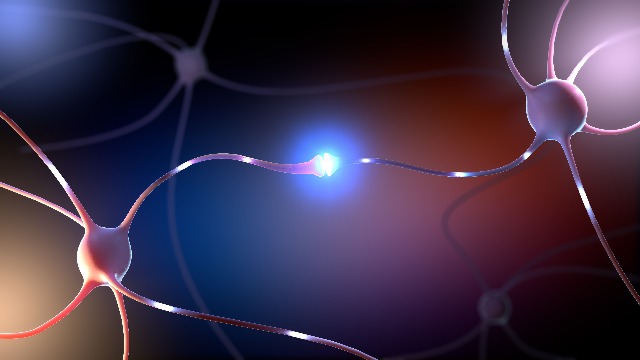 Alzheimer’s is the most common form of dementia characterized by continuous decline in cognitive, social and behavioral skills. The condition restricts the sufferer’s ability to function independently.   The neurodegeneration is largely attributed to the two proteins, beta–amyloid and tau, that clump together and form damaging plaques in the brain.

The Alzheimer’s Association estimates that there are at least 5.8 million Americans who live with the condition. To put this into perspective, someone in the United States develops the neurological disease every 65 seconds. Based on estimates using the 2010 census of the United States, researchers projected that the number of people with Alzheimer’s disease will hit 13.8 million by the year 2050.

The illness does not just affect the patients, but also their families and caretakers who face the physical, emotional, and financial burden of caring for an Alzheimer’s patient. The condition likewise comes with economic and social implications given the costs of medical and social care. Figures from the World Health Organization show that, in 2015, the total global societal cost of dementia was around $818 billion, a cost equivalent to 1.1 percent of the global gross domestic product. The situation could become more bleak before a breakthrough treatment or cure is found.

Currently, available treatments for Alzheimer’s do not successfully cure the condition. The approaches merely help manage and slow down the symptoms of the disease so patients can live independently for a longer time. Alzheimer’s neither has a vaccine that can give people immunity against it, nor does any of the medications prescribed for Alzheimer’s patients stop the disease. However, there has been considerable research and some progress in recent years.

Prior research has shown that flashing light 40 times per second into the eyes of mice engineered with an Alzheimer-like disease treated the condition. The new study found that adding sound of a similar frequency dramatically improved the results.

“When we combine visual and auditory stimulation for a week, we see the engagement of the prefrontal cortex and a very dramatic reduction of amyloid,” said study researcher Li-Huei Tsai, from MIT’s Picower Institute for Learning and Memory. Encouraged by these results, a clinical study was launched to investigate if flickering lights and low frequency sound may indeed help Alzheimer’s patients.

A dozen patients have signed up for the trial which involves exposure to flashing light and pulsing sounds, both tuned to a frequency of 40 hertz to manipulate brain waves and trigger biological effects that can eliminate the plaque-forming proteins considered as hallmarks of Alzheimer’s disease. At the 2019 Society for Neuroscience meeting in Chicago last October, Tsai said that the light and sound sessions have improved amplitude and synchrony of brain waves in the trial patients; albeit, it may take a year to get data on the effectivity of the treatment.

Forty more patients will participate in a second trial which will examine if the light and sound waves can reduce the levels of amyloid protein plaques and tau protein tangles in the brain and cerebrospinal fluid.

A similar treatment that involves shining light directly in the areas of the brain that are damaged in Alzheimer’s patients is also being tested. The trial particularly centers on an experimental headset that beams pulses of gamma waves into the brain’s hippocampus, which plays a key role in memory. Developed by the Canadian biotech firm Vielight, the Neuro RX Gamma device beams light to the brain through the nostrils for 20 minutes per day. The treatment was designed to sweep away the buildup of the toxic proteins through a process known as “photobiomodulation” that directs pulses of near-infrared light into parts of the brain damaged by Alzheimer’s to stimulate healing.

Initial results saw patients regaining their memory, as well as their reading and writing skills, in just three months. The trial that will assess the effectiveness of the treatment started in June 2019 and will be completed in 2021.

Light And Sound As A Medical Tool

Why do light and sound make a potentially effective medical tool for treating Alzheimer’s? It could be how they affect electrical activity on the brain.  Tsai and colleagues have found that sound waves oscillating at 40 hertz strengthen the same gamma frequency in the brain. Earlier studies showed that these gamma waves are impeded in Alzheimer’s patients and may have a pivotal role in the pathology of the disease.

Animal studies suggest that the light and sound waves can ramp up activity in the brain’s immune cells, which makes them more effective at sweeping away the toxic plaques and tangles linked to dementia. Researchers hope this can yield game-changing results that can save countless lives.

“Brain rhythms and their role in conditions like dementia are still mysterious, but this work begins to outline their impact on different types of brain cells and the mechanisms involved,” said James Pickett, head of research at the Alzheimer’s Society. “We’re waiting for further data but this could be the first new treatment for Alzheimer’s disease in over 15 years, and as such, has the potential to be a transformative discovery.”