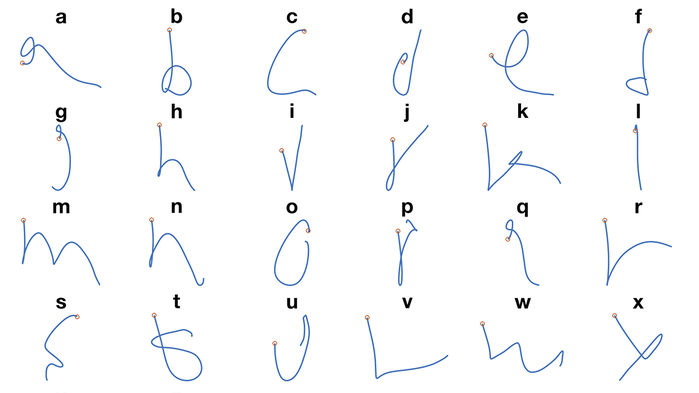 AI allows paralyzed person to ‘handwrite’ with his mind

By harnessing the power of imagination, researchers have nearly doubled the speed at which completely paralyzed patients may be able to communicate with the outside world.

People who are “locked in”—fully paralyzed by stroke or neurological disease—have trouble trying to communicate even a single sentence. Electrodes implanted in a part of the brain involved in motion have allowed some paralyzed patients to move a cursor and select onscreen letters with their thoughts. Users have typed up to 39 characters per minute, but that’s still about three times slower than natural handwriting.

In the new experiments, a volunteer paralyzed from the neck down instead imagined moving his arm to write each letter of the alphabet. That brain activity helped train a computer model known as a neural network to interpret the commands, tracing the intended trajectory of his imagined pen tip to create letters.