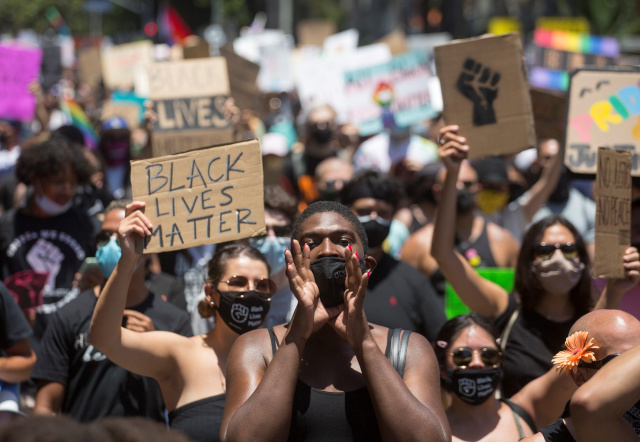 Almost 17,000 Protesters Had No Idea A Tech Company Was Tracing Their Location

On the weekend of May 29, thousands of people marched, sang, grieved, and chanted, demanding an end to police brutality and the defunding of police departments in the aftermath of the police killings of George Floyd and Breonna Taylor. They marched en masse in cities like Minneapolis, New York, Los Angeles, and Atlanta, empowered by their number and the assumed anonymity of the crowd. And they did so completely unaware that a tech company was using location data harvested from their cellphones to predict their race, age, and gender and where they lived.

Just over two weeks later, that company, Mobilewalla, released a report titled “George Floyd Protester Demographics: Insights Across 4 Major US Cities.” In 60 pie charts, the document details what percentage of protesters the company believes were male or female, young adult (18–34); middle-aged 35º54, or older (55+); and “African-American,” “Caucasian/Others,” “Hispanic,” or “Asian-American.”

It’s unclear how accurate Mobilewalla’s analysis actually is. But Mobilewalla’s report is another revelation from a wild west of obscure companies with untold amounts of sensitive information about individuals — including where they go and what their political allegiances may be. There are no federal laws in place to prevent this information from being abused.

Mobilewalla CEO Anindya Datta told BuzzFeed News that the data analysis that made the George Floyd Protester Demographics possible wasn’t a new kind of project. “The underlying data, the underlying observations that came into the report, is something that we collect and produce on a regular basis,” he said.