Humanity’s insatiable curiosity got the better of them once again.

Under the guise of addressing climate change, but really just because they thought it would be pretty awesome, a team of geneticists and businessmen resurrected a creature approximating the woolly mammoth. It was indeed awesome, and fueled calls for more experiments, more species.

Blame was too distributed for anyone to face real consequences for the disaster, and with the lines that were crossed, scientists soon turned the technology on human embryos, promising to do better. Before long, the first ‘optimized’ baby was conceived, her genes tweaked and tailored by CRISPR, nourished in a synthetic womb, and unleashed, parentless, into an uncertain future.

In 2021, Harvard Medical School biologist George Church and a company called Colossal want to repopulate Siberia with wooly mammoth lookalikes in an attempt to restore by means of their traffic and natural fertilizer a now-mossy tundra into a thriving grassland. The project involves tweaking in elephant DNA select genes responsible for traits such as hair, fat, and skull shape, then growing the resulting embryos to a weight of 200 pounds in synthetic wombs.

Church and Co. aren’t alone in dreaming up plans for de-extinction. A biotech firm called Revive & Restore has its sights set on animals like the passenger pigeon and heath hen, with a focus on “enhance[ing] biodiversity through the genetic rescue of endangered and extinct animals.” The nonprofit connects scholars and stakeholders, funds initiatives, and furthers experiments. Foundational research and breeding work for Passenger Pigeon de-extinction is now complete, setting the stage for CRISPR-Cas-9-powered gene editing of the fowl’s hopeful forerunners.

UC Santa Cruz ecology and evolutionary biology professor Beth Shapiro outlines the three primary paths to creating “proxies” for extinct animals, on the recognition that de-extinct species will never be “exact copies” of their forebears. The three routes currently under consideration include genetic engineering (featured in the wooly mammoth and the Passenger Pigeon projects), cloning preserved samples (think Jurassic Park’s amber-entrapped mosquito), and back-breeding, a type of selective breeding for ancestral traits. Back-breeding is the method of choice for Rewilding Europe’s auroch initiatives, which are well on their way to recreating the ancestors of modern cattle with the goal of encouraging grazing-facilitated biodiversity across Europe

De-extinction has received popular culture attention as well, with Neuralink co-founder Max Hodak tweeting his shower thoughts: “we could probably build Jurassic Park if we wanted to. wouldn’t be genetically authentic dinosaurs but [shrugging emoji]. maybe 15 years of breeding + engineering to get super exotic novel species.”

Some in the scientific community are skeptical about de-extinction efforts’ ultimate feasibility, citing the novelty of the technology and methods involved, like in Colossal’s case, the fact that eggs have never before been harvested from an elephant. (Also, “All ancient DNA is crap,” explains paleo-geneticist Thomas Gilbert.)

Others are concerned with the ethics of the endeavor, pointing to environmental, animal rights, and other moral considerations. Shapiro’s book How to Clone a Mammoth, for instance, surveys a number of relevant conundrums.

To begin with, there are environmental questions. Conservation ecologist Dennis Murray thinks candidates for de-extinction should be weeded out according to their probability of harming existing ecosystems and animals. There should be a functional space for chosen candidates in the targeted habitat, and low odds that the population will spin out of control. Oftentimes the land moves on and thrives without a given species, in which case bringing back the species could do more harm than good. If connected organisms up, down, or across the food chain have moved on, de-extincting a creature could amount to introducing an invasive species, one that could decimate or starve out other populations, destroy the landscape, and generally upset the existing balance.

A group of University of California – Santa Barbara scientists developed a set of species-selection guidelines to try to mitigate some of the potential undesirable ecological outcomes of de-extinction. They recommend choosing recently extinct, functionally unique animals with the ability to return to a healthy-sized population. Despite the best laid plans of scientists and conservationists, however, the results could be a mixed bag in terms of increasing local biodiversity and restoring the land to a previous state.

Then there is the issue of what rights animals have. London School of Economics philosopher Heather Bushman thinks we should worry about the physical and emotional distress of mammoth-proxies raised outside the confines of devoted communities and family units, which would likely support them in more natural circumstances. “You don’t have a mother for a species that—if they are anything like elephants — has extraordinarily strong mother-infant bonds that last for a very long time,” she explains. The creatures’ distress weighs against other competing goods.

Princeton philosopher Peter Singer has also argued that animals deserve moral consideration due to their ability to suffer—to think otherwise, he says, is ‘speciesism,’ an unfounded preference for one’s own kind—and animals’ interests must be taken into account when deciding the maximally beneficial course of action. Some Kantians and virtue ethicists reach similar conclusions about how humans should treat animals, via different logical routes. Others, in the ‘animal rights’ camp, take a stronger position still: that animals bear equal rights to humans and should never be treated as mere means. On this view, any animal experimentation is off limits.

As with other dilemmas involving emerging technologies and various interest groups, weighing and balancing competing claims can prove a complicated undertaking. The issue of de-extinction touches the general public and future generations in addition to scientists, conservationists, the environment, and animals. Thoughtful people disagree, for example, about the moral relevance of potential or currently non-extant beings. While scientists have an interest in advancing their careers and pursuing their passions, careful thought is required about the risks their work could expose the world’s population to, and what decision-makers should be invited to the table given the stakes.

Also at stake is the value of wildness. If biodiversity, or the natural wonder people experience in contemplating long-lost species, are things in themselves valuable and worth pursuing, or are beneficial for their effects in other spheres, that’s a potential point in the de-extinction column, depending on how carefully reintroduction can be managed.

If, on the other hand, experts have reason to believe that the technologies created along the way will ring bells that can’t be unrung, tempt less principled labs or regimes to cross sacrosanct ethical lines, or subject humanity to risks disproportionate to the expected benefits, that may prove argument enough to discontinue de-extinction efforts.

Colossal, for instance, expects “to spin off new forms of genetic engineering and reproductive technology.” Potential applications include drought and disease resistant organisms and improvements to artificial womb technology. The container capable of nourishing for weeks lamb fetuses “developmentally equivalent to the extreme premature human infant” pioneered by the Children’s Hospital of Philadelphia that Colossal hopes to build upon is already influencing abortion debates in surprising ways, for example, as a third option opens up for parents and children.

One reason initiatives like Colossal are difficult to evaluate ethically is their wide range of unknowns and unintended consequences. Decision-makers can’t definitively fill out cost-benefit analyses with only a rough sketch of outcomes and no clear understanding of where the technology might lead, or how it might shape seemingly unrelated discussions.

The mammoth ambitions of de-extinction projects are likely to generate provocative practical and philosophical questions on the way to reviving lost species. 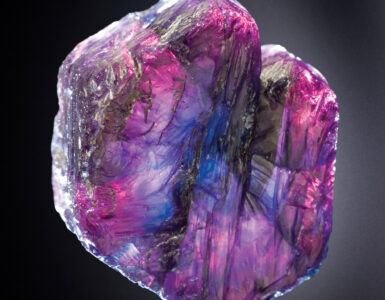 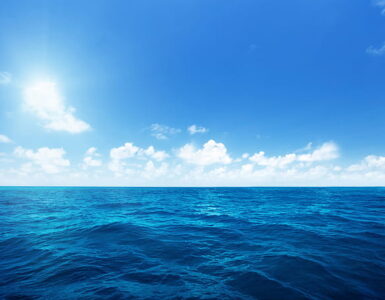 An almost limitless supply of fresh water exists in the form of water vapor above Earth’s oceans, yet remains untapped, researchers said. A new study suggests an investment in new infrastructure capable of... 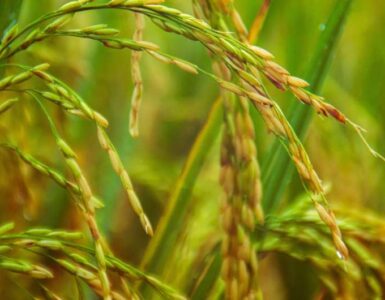 Rice is one of the most important food crops for billions of people but the plants are susceptible to a wide variety of diseases that are not always easy to identify in the field. New work in the International Journal...