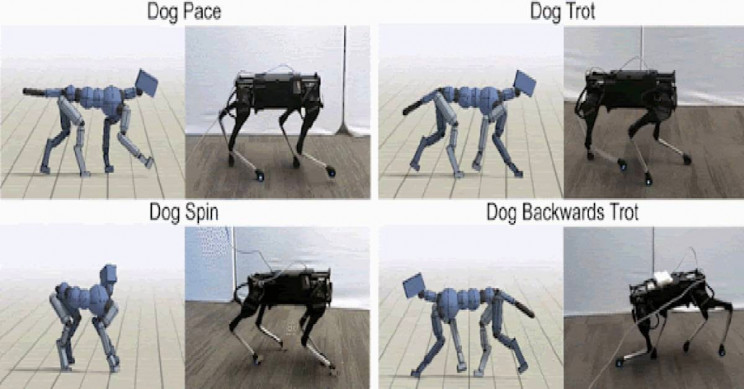 Google researchers have used artificial intelligence (AI) to teach robots how to move with the agility of real animals (in this case, dogs). They describe their experiment in a blog released this week.

“First, we describe how robots can learn agile behaviors by imitating motions from real animals, producing fast and fluent movements like trotting and hopping. Then, we discuss a system for automating the training of locomotion skills in the real world, which allows robots to learn to walk on their own, with minimal human assistance,” shared in the blog Xue Bin (Jason) Peng, Student Researcher and Sehoon Ha, Research Scientist, Robotics at Google.

They achieved this impressive feat by using something called reinforcement learning (RL). They began by taking a reference motion clip recorded from an animal and using RL to get the robot to imitate those motions.