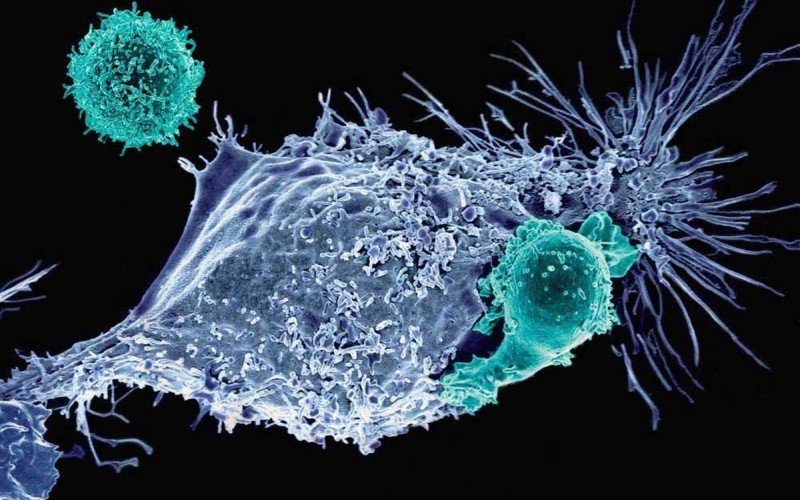 Not a Miracle Treatment after All? Gene Editing Tool CRISPR may Increase Cancer Risks

By Rhodilee Jean A. Dolor

The gene-editing tool CRISPR comes with so much potential that American scientist Jennifer Doudna and French scientist Emmanuelle Charpentier won the 2020 Nobel Prize in chemistry for its discovery.

The technology, which snips and modifies genetic material in cells, is heralded as a breakthrough that can potentially bring to life extinct species. More importantly, it offers hope of treating a slew of diseases, including blood disorders and cancer and to date, the developments in CRISPR-based therapies are promising.

Last year, the US Food and Drug Administration green-lighted the clinical trial for a CRISPR-based therapy for  sickle cell disease, an inherited red blood cell disorder that afflicts millions, including 100,000 in the United States.

The treatment called “exa-cel” for exagamglogene autotemcel aims to correct mutations in the beta-globin gene responsible for illness.

Following the results of the trial, rare disease specialist specialist Vertex and CRISPR Therapeutics, which developed treatment, revealed plans to submit exa-cel for review and approval by health regulators in the U.S., U.K., and Europe by the end  2022, which means that the treatment could potentially get marketing authorization by 2023.

CRISPR is also considered as a viable solution for global health security threats. In a review published in Pathogens and Global Health on Feb. 16, Kyle E. Watters, from the University of California Berkeley, and colleagues wrote that gene editing technologies such as CRISPR can be used to develop tools that can characterize, diagnose and treat new and existing pathogens.

“CRISPR-based treatments that directly target a pathogen or host-cell receptors are also a promising alternative to small molecule drugs or vaccines. CRISPR is also making it possible for scientists to conduct larger, faster, and more comprehensive experiments designed to better understand the key features of pathogens.”

Watters and colleagues, however, acknowledged that the use of gene-editing tools comes with risks.  The researchers said that with CRISPR’s ability to delete, suppress, or amplify the expression of specific genes, intentional, reckless or accidental misuse of the technology poses dangerous risks.

“[Genome-editing tools] could be used to disrupt the normal functioning of specific physiological systems, preferentially target specific target populations with rare genetic mutations, or hijack the human microbiome to produce harmful biochemicals or manipulate the production of natural compounds. There is also the risk that genome editing could be used to create gene drives that could spread deleterious genes through animal or plant populations.”

In a study published in the journal Science in February 2020, researchers from the University of Pennsylvania used CRISPR to engineer T-cells, a type of white blood cells that play a crucial role in the body’s immune system.

Researcher Edward Stadtmauer, from the Abramson Cancer Center (ACC) of the University of Pennsylvania, and colleagues saw promising results in the clinical trial as the engineered cells that were administered to cancer patients were well tolerated.

“Preliminary results from this pilot trial demonstrate that multiplex human genome engineering is safe and feasible using CRISPR-Cas9. The extended persistence of the engineered T cells indicates that preexisting immune responses to Cas9 do not appear to present a barrier to the implementation of this promising technology.”

Findings of a new study, however, suggests that the use of CRISPR comes with risks. In the new research published in the journal Nature Biotechnology on June 22, researchers from the Tel Aviv University in Israel found evidence suggesting that CRISPR therapy can damage the genome.

Adi Barzel, from the university’s School of Neurobiology, Biochemistry and Biophysics, and colleagues wanted to assess the risk-benefit ratio of using CRISPR if the broken DNA from CRISPR treatment does not recover so they replicated the experiment of the researchers from the University of Pennsylvania.

The group cleaved the T-cells genome in the exact location and used a method known as single-cell RNA sequencing to examine individual cells.

They found that there was significant loss of genetic material in some of the cells. After chromosome 14 was cleaved, for instance, about 5% of the cells exhibit little or no expression of this chromosome. The damage is worse when cleaving was done simultaneously. The researchers found that 9%, 10%, and 3% of the cells were unable to repair the damage in chromosomes 14, 7, and 2, respectively.

Barzel warned that the extent of loss in genetic material potentially increases risk for cancer.

“We found that the cause for the difference in damage was the exact place of the cleaving on each of the three chromosomes. Altogether, our findings indicate that over 9% of the T-cells genetically edited with the CRISPR technique had lost a significant amount of genetic material. Such loss can lead to destabilization of the genome, which might promote cancer.”

Based on the results, the researchers said that extra caution should be taken when using CRISPR therapy.

“At 11 days after transfection, 0.9% of T cells still had a chromosome 14 loss. Aneuploidy and chromosomal truncations are, thus, frequent outcomes of CRISPR–Cas9 cleavage that should be monitored and minimized in clinical protocols.”

Barzel and colleagues also recommended further study into two alternative solutions that can potentially address the problem: one is to reduce the production of damaged cells and the second is to identify and remove damaged cells before the engineered materials are administered to the patient.

The researchers said that they are aware of the substantial advantages offered by CRISPR but the study is intended to shed light on the potential risks of the  technology.

“We advance this highly effective technology, while at the same time cautioning against its potential dangers. This may seem like a contradiction, but as scientists we are quite proud of our approach, because we believe that this is the very essence of science: we don’t ‘choose sides.’ We examine all aspects of an issue, both positive and negative, and look for answers.”