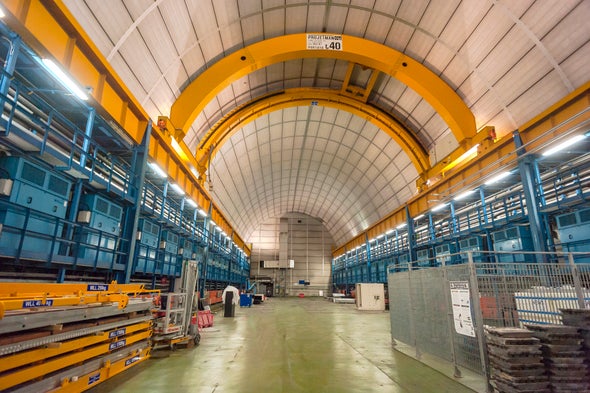 A team of physicists has made what might be the first-ever detection of an axion.

Axions are unconfirmed, hypothetical ultralight particles from beyond the Standard Model of particle physics, which describes the behavior of subatomic particles. Theoretical physicists first proposed the existence of axions in the 1970s in order to resolve problems in the math governing the strong force, which binds particles called quarks together. But axions have since become a popular explanation for dark matter, the mysterious substance that makes up 85% of the mass of the universe, yet emits no light.

If confirmed, it’s not yet certain whether these axions would, in fact, fix the asymmetries in the strong force. And they wouldn’t explain most of the missing mass in the universe, said Kai Martens, a physicist at the University of Tokyo who worked on the experiment. These axions, which appear to be streaming out of the sun, don’t act like the “cold dark matter” that physicists believe fills halos around galaxies. And they would be particles newly brought into being inside the sun, while the bulk of the cold dark matter out there appears to have existed unchanged for billions of years since the early universe.