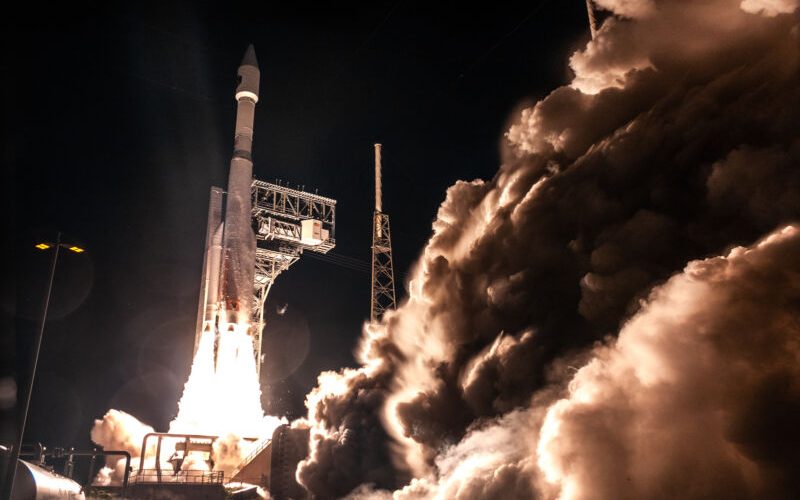 Georgia spaceport sues to force land sale. First Camden County citizens voted overwhelmingly against a proposed spaceport in southeastern Georgia. Then, the owner of 4,000 acres sought by the spaceport proponents said it would end an agreement to sell the land to backers of the Spaceport Camden project. Even so, Camden County commissioners refuse to give up the dream of building a spaceport that local residents don’t want, and for which the land owner doesn’t want to sell. So they’ve taken the land owner, Union Carbide Corporation, to court, News4Jax reports.

Ignoring the voters … Last month, in a statement, Union Carbide said, “As a result (of the election), there is no longer an Option Agreement in existence between the County and UCC, and UCC does not intend to convey the property to the County pursuant to the prior Option Agreement.” In filing the lawsuit, Steve Howard, Camden County’s government administrator, wrote, “Union Carbide most certainly has a contract with Camden. The County has indicated that it is ready, willing, and able to close. We expect Union Carbide to honor its contractual commitments.” At some point you have to wonder why local officials are so hellbent on building this spaceport. (submitted by zapman987 and Ken the Bin)

Derivative designs … CAS Space is a quasi-commercial spinoff from the Chinese Academy of Sciences. The parent, CAS, develops a range of spacecraft, including Beidou satellites, and has previously launched sounding rockets. Although Wednesday’s orbital launch marks a big step forward, solid rockets appear to be only the start of CAS Space’s ambitions. The company is also working on reusable liquid engines with the goal of developing recoverable launchers. A new website unveiled by the company recently shows launch vehicle renders similar to Falcon 9, Falcon Heavy, and New Shepard launchers. (submitted by EllPeaTea and Ken the Bin)

US companies complete August 4 launch-a-palooza. Thursday was quite a day for US launch providers. Starting at 05:00 UTC, Rocket Lab’s Electron vehicle launched the NROL-199 mission into low Earth orbit for the US National Reconnaissance Office. Then, at 10:29 UTC on Thursday, United Launch Alliance’s Atlas V rocket sent a Space Based Infrared System satellite into orbit for the US Space Force. Finally, at 1337 UTC, Blue Origin’s New Shepard rocket launched the NS-22 suborbital space tourism mission.

Next up, SpaceX … Thursday evening the focus turned toward SpaceX and its Falcon 9 rocket, which was due to launch the Korea Aerospace Research Institute’s Korean Pathfinder Lunar Orbiter spacecraft to the Moon. The rocket launched at 23:09 UTC from Cape Canaveral, Florida, and was successful. I cannot recall a time when four different US rockets launched during the same calendar day, but this probably won’t be the last time, given all the development of new US boosters, large and small. We truly are entering an era of launch abundance. (submitted by EllPeaTea and Ken the Bin)

Russia launches satellite to spysat. A Russian Soyuz rocket launched from the Plesetsk Cosmodrome on Monday around midnight local time. The military mission’s payload was classified but has been designated Kosmos 2558 for tracking purposes. The Russian satellite has since been placed in a nearly circular, 435 km×452 km orbit, with an inclination of 97.25 degrees. This is notable, Ars reports, because it will allow the Kosmos 2558 satellite to come very close to a recently launched US spy satellite, which was designated NROL-87.

Close encounter of the satellite kind … This US national security payload was designed and built for the National Reconnaissance Agency and launched on February 2 into orbit by a Falcon 9 rocket from Vandenberg Space Force Base in California. The Russian satellite launched into the same orbital plane as NROL-87, and this set up a close encounter between the two satellites on Thursday, August 4, when they will pass within just 75 km of one another.

Falcon 9 fairing recovery going well. SpaceX continues to tinker with how it recovers Falcon 9 payload fairing halves, NASASpaceflight.com reports. Most notably, the company appears to be testing a new system of a crane and rigs, with inflatables, to pluck fairing halves from the ocean after they fall to Earth. The new rig appears to have been designed with inflatables to avoid damaging the fairing if the two were ever to make contact. This video of a recent test is quite interesting.

Seven time’s the charm? … More than a year ago SpaceX abandoned its plan of attempting to “catch” the falling fairing halves with boats equipped with large nets, determining that it was less work to refurbish fairing halves that briefly touch the sea compared to the effort of trying to catch them. It now appears that the company has flown some of these fairing halves as many as seven times, and due to the success of its recovery effort has a factory full of them ready to fly again. (submitted by Ken the Bin)