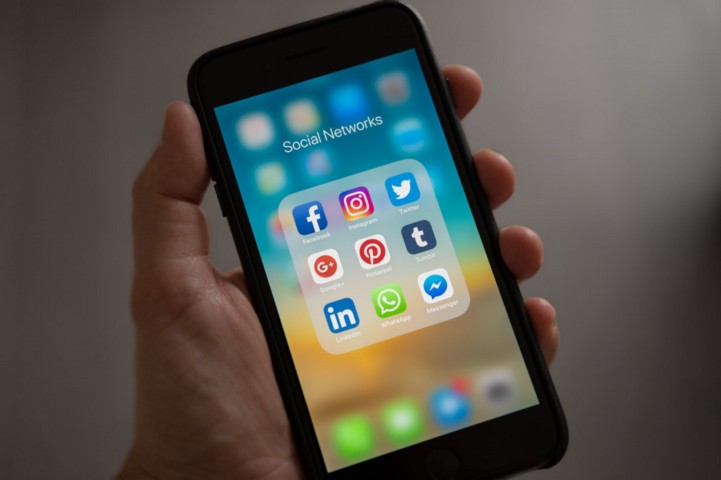 Imagine a drug more addictive and powerful than cocaine, heroin, or carfentanil. It’s spread across every continent and reached the most remote civilizations. It’s easily injected, provides endless euphoria.

Everyone wants it. They need it.

Now imagine a typical addict’s life. Dopamine is released hourly—if not multiple times an hour—as the user taps into the drug, numbing their brain and body. The addiction grows until the user can no longer function properly without it. The addiction brings out the worst in other users, similar to the way alcoholism brings out a happy drunk versus a mean drunk. And, over time, more of the drug is required to maintain that pleasurable high. Demand for the drug skyrockets.

Providers of this drug can’t keep up with the demand. They increase the price of their product, putting financial strain on the addict. They don’t care. They see the vulnerability of the users and they take advantage of the situation.

Few people have never tried the drug. They’ve never been tempted nor had the desire to turn into comatose husks lost in their own visions and worlds. They see the destruction it causes: everything from mental and physical health problems to dependency issues to sustainability problems. They’ve even witnessed or heard of deaths associated from these drug overdoses. Are they the smart ones for not caving into the peer pressure to try the drug?

Now, what if that highly addictive drug was nothing more than modern technology? What if that drug was the latest electronic available online, an augmented/virtual reality app, or the next smartphone released?

Has the use of technology reached a tipping point in society? Is there a movement in the mid-2010s to go back to antiquated means of living?

There is a trend towards sustainable living and reducing an individual’s energy footprint. Some conservationists believe not only should society recycle, garden, and switch to more natural cleaners, but they also believe relying on technology for entertainment can put a strain on natural resources.

Radical conservationists, such as Irish author Mark Boyle, have gone off the grid and rejected many forms of technology. Boyle focuses more on the economical impact of a naturalistic lifestyle than the technological impact. However, in The Guardian article he wrote, Boyle stated “…a single smartphone (or toaster, internet server, solar panel, sex robot) relies on the entire industrial megamachine for its production, marketing and consumption.” He encourages others to “resist being sold that mass-produced gadget that will distract you from life and the people you’ll wish you spent more time with…”

Is Boyle correct in his observations of the emotional and mental impacts technology has had on society? Besides data security breaches, privacy concerns, and digital terrorism, what other negative impacts has modern-day devices and technology had on humans?

– An increase of obesity as more and more children stay indoors and sit in front of a screen.

– Work stress and overload from increased bombardment of emails, information, and notifications.

– Health concerns such as: sleep disorders, eye strain, and addiction.

Has society reached a technological plateau? Do the harms now outweigh the benefits? Has technology finally outpaced the positive impact it has had on modern life? Is society too reliant on cyber space and smart tech? Has this created a “dumbing down” of human knowledge?

Or the next high?

Those on the other side of the argument believe technology has not had a negative impact on Earth’s limited, non-renewable resources. They believe that technology is actually decreasing the energy strain by focusing and developing renewable sources, thereby reducing energy consumption. Other advancements have included efficient heat pumps, more effective insulation, better lighting, and improved magnetocaloric technology.

Technology has impacted many industries across the world. Take the medical industry, for example. Doctors are able to provide better diagnoses and treatments with access to large databases online. Three-dimensional printers can be used to reproduce bone, organs, or prosthetics. Mobile apps can track a person’s health, lifestyle improvements, and prescription needs. Technology is used to track diseases, such as the flu, in real-time, helping doctors and public health officials prepare for epidemics. Errors in misdiagnoses have decreased as medical staff are able to scan ID codes, type in notes, and streamline processes.

Consider some of the other positive innovations created, especially in the last decade alone:

– Going digital has decreased the demand on paper products, especially with ebook readers.

– Communication has become quicker, more efficient, and easier than ever.

– Cost of doing business has decreased for companies.

– People with disabilities are capable of having better lives.

– Cloud computing, access to affordable hardware, and the development of online job resources has allowed individuals to work from home.

With all the advancements, where will technology take society next? What can be fixed or improved upon? Are there any aspects of life where these advancements will not reach? Should the world continue to feed on and absorb the benefits technology can provide?

Oscar Wilde once said: “Everything in moderation, including moderation.” It is possible that, with the rapid explosion of technological gains, the world swung to one extreme of the pendulum and became addicted to modern innovations. It is also possible the world is becoming aware of the ramifications of having too much technology take over their livelihood.

But has the world reached a level of moderation, balancing both the positive and negative aspects of what technology provides? How will individuals react, survive, and thrive? What will happen to society if a collapse or catastrophic event occurred? Would a government step in and prescribe what technology an individual needs? Or will society become so dependent that overdosing remains the only answer? What is the answer, the next step, to society’s marriage of the future and technology?