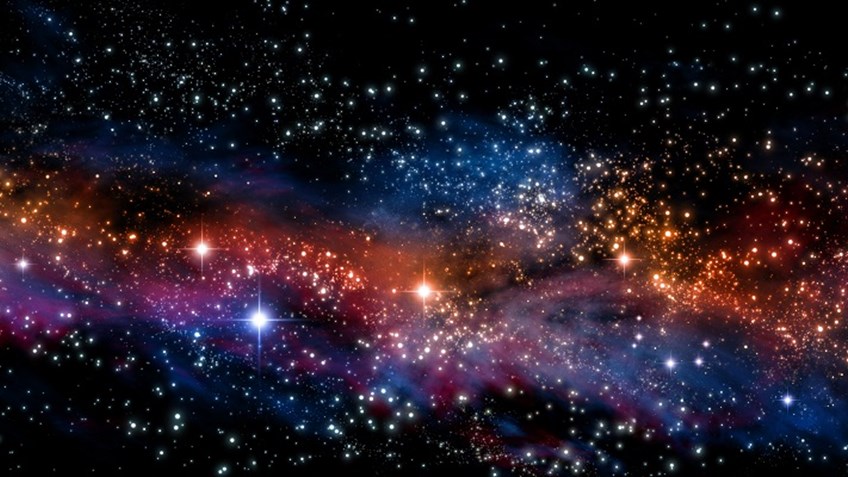 Imagine you’re out camping with several friends. On this particularly clear night, you look up at the stars as usual. But this time, something else catches your eye. You see several flashes of light and streaks among the stars. One of your friends thinks it’s nothing more than the annual Perseid Meteor Shower.

You study the flashes and realize they’re too methodical and deliberate. A friend tries to stream a live video of the event on social media, only to find the phone service—and any connection to the internet—is down. Another friend goes to their vehicle and tries to connect with the GPS system only to discover it’s also gone.

Then you realize the gravity of what you’re witnessing: satellites and space stations are being shot down by military craft just outside our atmosphere. The shooting stars are nothing more than space debris re-entering the atmosphere and burning up above you.

With a revival of the modern-day space race, militarization outside the Earth has become a growing reality pushed into the forefront of political and social discussion. Recently, the President of the United States called for the development of a sixth branch of the military, the “space force.” Media outlets blew up with reports of the news and debates spread across various social platforms.

The primary objective of this space force would be “to organize, train, and equip people in the interest of space-related national security.” According to CBS, NASA Administrator Jim Bridenstine explains the needs of such a military branch. He states “space has become congested, contested and in some cases hostile. And it has become very dangerous.”

Bridenstine also serves on the National Space Council, an organization whose roles include advising the President on America’s space policies and strategies and reviewing long-term goals for various space activities. These include the regulation and protection of outer space.

Bridenstine has concerns over hostilities towards America and how some countries are taking steps to interrupt United States technology in space. “Our very way of life is dependent on space. The way we navigate. The way we communicate…the way we produce food…if we lose the GPS signal, there are no interbank transfers. That means there will be no milk in the grocery store. Our way of life shuts down.”

Not only is there a need to protect property in space, there is a growing need to control and monitor commercial and civil space traffic. With over 4,600 manmade satellites—1,700 plus of those active—and hundreds more being launched over the next several years, outer space is quickly becoming congested. These satellites provide everything from communications and earth/space observation to navigation/global positioning and technology development.

In June 2018, the President signed the first National Space Traffic Management Policy. Similar to traffic regulations and code for automobiles, this new policy aims to provide “a safe and secure environment as commercial and civil space traffic increases.” One of the most important parts of the policy is to transfer data, services, and responsibility from the Defense Department to the Commerce Department. This will include efforts to “update orbital debris mitigation guidelines.”

With the transfer of power to the Commerce Department, the Defense Department will then be able to focus its efforts less on regulation and more on militarization.

As countries invest in their own space programs and space-oriented military branches, monies will be redirected towards these programs. Companies such as Boeing, Lockheed Martin, Raytheon, and SpaceX would see financial growth and would become part of the decision-making processes. Advancements in technology would be made. Projects from surveillance/reconnaissance to colonies in space would benefit.

Satellites and unmanned aerial vehicles, such as drones, could transmit real-time data to help ground troops visualize their enemies’ locations and activities. This would translate in “effective and more accurate target acquisition.” Received laser and 3d-scanned imagery could then be used to provide scientists with more accurate topographical maps and earth studies.

Trade and travel routes, as well as colony development, would prosper. The establishment of troops in outer space would lead to military bases positioned on orbiting bodies such as the Moon, asteroids, and planets. With military bases and outposts, the need for fuel stations, entertainment businesses, and communications hubs would come; these would provide economic boosts and new job opportunities for civilians.

Another advantage would be the protection and safety of satellites and space technology from attacks and hacks. Branches of the military currently use various space tech to guide missiles, coordinate unmanned vehicle attacks, and remotely surveil enemy locations from above. As most of this technology is connected to cyberspace, there is vested interest in making the world wide web as secure as possible. Better cyber counter-campaigns would protect sophisticated computer networks, infrastructures, and many forms of computer information systems.

Some scientists fear that the creation of a regulated Space Force would propel us closer to the next world war and cripple the planet’s economic stability.

There is fear that a Space Force would be detrimental to the funding of organizations like NASA and NOAA. With negative attitudes towards climate change, the current administration considered cutting budgets for some earth science missions, as well as oceanic and terrestrial studies. Instead, these moneys would be redirected into defense programs/organizations and for creation of required weaponry and deployment. Financial cuts would also mean job losses, agency shutdowns, and research setbacks.

Another downside to space militarization is the potential for weaponization. For several years, China, Russia and the United States have been developing and testing anti-satellite weapons, which could cripple outer space infrastructure. Spacecraft could approach satellites and permanently damage or destroy them. Missiles could take out manned stations or future colonies.

China, for example, has expanded and grown their own space program. The country has made “impressive headway” in its intercontinental ballistic missile (ICBM) program with capabilities of reaching United States satellites. With anti-satellite weaponry in place, the U.S. has found it hard to believe that China’s ambition of space exploration is merely for scientific research and not military expansion. China, in turn, believes their greatest threat comes from the United States. Distrust could continue to build between the two nations, propelling us closer to war.

If the United Nations’ Outer Space Treaty fails, nuclear weapons could be detonated, wiping out hundreds of orbiting objects. We could also witness harmful contamination of celestial bodies, territorial disputes over the Moon, and spacesuit-donned infantry hijacking infrastructure.

Fear of attacks is pushing each country to out-design the other and come up with not only defensive capabilities, but also offensive ones. For example, the Air Force’s Counter Communications System has developed and continually upgrades transmission-jamming technology to prevent attacks from an adversary. And, with the United States increasing their defense operations in space, other countries have seen this as a hostile move and have begun their own countermove measures.

Living on the edge.

Space militarization has the potential to provide a strong, secure foundation to grow and advance our expansion in (and knowledge of) the universe. We have the capability of providing mankind with renewable and reusable sources and expanding our galactic reach.

With safety measures in place, Fortune 500 companies could invest billions in space-related technologies and advancements. Our generation is living on the edge of space travel, colonization, and incredible scientific possibilities and opportunities.

However, we are also living on the edge of possible unknown horror. Militarization has the ability to invite destruction and distrust as defensive and offensive strategies develop. Each play from one country pushes other countries closer to a potential space war. With each move by the United States, a countermove is made by another world power. And with each countermove, a new strategy and development is considered by the U.S.

Einstein once said: “I know not with what weapons World War III will be fought, but World War IV will be fought with sticks and stones.” If treaties fail and distrust continues, the next war could cripple world economies, sending our advancements backwards several decades, like Einstein predicted.

For now, we walk a fine line between both edges.