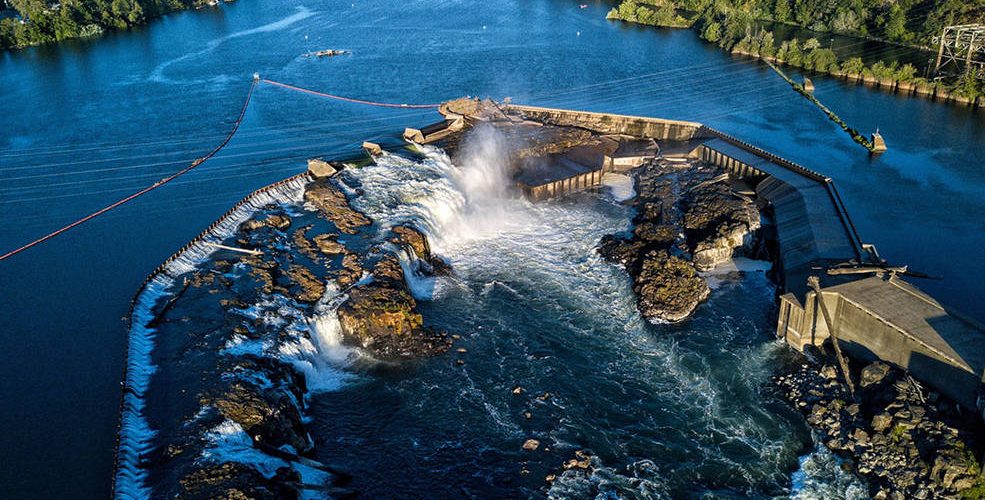 Water is life, but for all its importance, humanity has a surprisingly limited view of Earth’s freshwater bodies. Researchers have reliable water level measurements for only a few thousand lakes around the world, and little to no data on some of the planet’s important river systems. The upcoming Surface Water and Ocean Topography (SWOT) satellite will fill that enormous gap. By helping to provide a better understanding of Earth’s water cycle, it will both aid in better management of water resources and expand knowledge of how climate change affects lakes, rivers, and reservoirs.

A collaboration between NASA and the French space agency Centre National d’Études Spatial (CNES), with contributions from the Canadian Space Agency and the United Kingdom Space Agency, SWOT is scheduled to launch in November from Vandenberg Space Force Base in California. Engineers and technicians are finishing up work on the satellite in a facility run by Thales Alenia Space in Cannes, France.

SWOT has several key tasks, including measuring the height of water bodies on Earth’s surface. Over the ocean, the satellite will be able to “see” features like eddies less than 60 miles (100 kilometers) across – smaller than those that previous sea level satellites could observe. SWOT will also measure more than 95% of Earth’s lakes larger than 15 acres (6 hectares) and rivers wider than 330 feet (100 meters) across.

“Current databases maybe have information on a couple thousand lakes around the world,” said Tamlin Pavelsky, the NASA freshwater science lead for SWOT, based at the University of North Carolina, Chapel Hill. “SWOT will push that number to between 2 million and 6 million.”

Along with measuring the water height – whether it be in a lake, river, or reservoir – SWOT will also measure its extent, or surface area. That crucial information will enable scientists to calculate how much water moves through freshwater bodies. “Once you get hold of the volume of water, you can better assess the water budget, or how much water flows into and out of an area,” said Lee-Lueng Fu, SWOT project scientist at NASA’s Jet Propulsion Laboratory in Southern California, which manages the U.S. portion of the mission.

This is important because climate change is accelerating Earth’s water cycle. Warmer temperatures mean the atmosphere can hold more water (in the form of water vapor), which can cause, for example, rain storms to be stronger than a region might typically see. This, in turn, can wreak havoc on farms, damaging crops. Such accelerating changes can make managing a community’s water resources more difficult.

“As Earth’s water cycle intensifies, predicting future extreme events like floods and droughts requires monitoring both changes in water supply from the ocean and water demand and usage on land. SWOT’s global look at all surface water on Earth will give us exactly that,” said Nadya Vinogradova Shiffer, SWOT’s program scientist at NASA Headquarters in Washington.

SWOT will provide its game-changing data using a new instrument called the Ka-band Radar Interferometer (KaRIn), which bounces radar pulses off the water’s surface and receives the return signal with two antennas at the same time. The antennas are spaced 33 feet (10 meters) apart on a boom, enabling researchers to gather information along a roughly 75-mile-wide (120-kilometer-wide) swath of Earth’s surface – a wider path than that of the satellite’s predecessors.

The engineering required for this kind of system is tricky because such a large antenna boom requires incredible stability, and because researchers need very precise calculations to produce measurements of Earth’s ocean and freshwater bodies. “The basic idea of SWOT dates back to the late 1990s, but turning that concept into reality – all that engineering – took a huge amount of time and effort,” Pavelsky said.