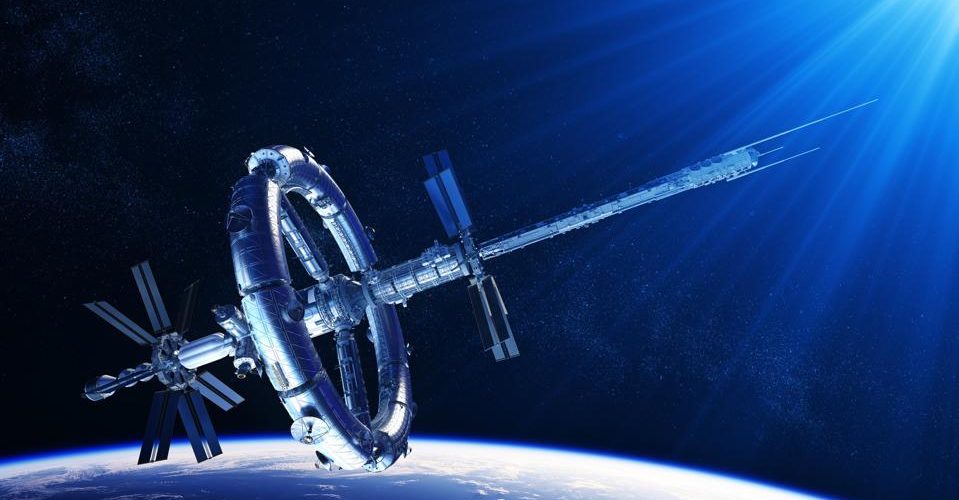 Floating silently in awe at a sunrise over Jupiter, an oddly blue hued human astronaut is in orbit around the moon, Io (Eye-Oh). Her navy blue skin is illuminated by the sunlight.  The sun is far but high energy particles strike the radiotrophic pigment in her skin and produce energy. She feels the radiation tingle and fill her with warmth and energy. This supplement reduces her daily caloric intake, greatly reducing the nutrient mass required at liftoff.  A human from the year 2022 could not survive here, the radiation is too intense, their cells and DNA would be shredded quickly by high energy particles. Jupiter’s impressive magnetosphere takes any charged particles and accelerates them so quickly that they pose an immense risk to explorers and equipment.

The quiet moment of rejuvenation in the cupola is fleeting as an alarm and green status readout appear on her cornea integrated heads-up display. It shows a fault in a navigation module. She pushes off with one foot and glides with ease towards the back of the ship. She quickly finds the faulty module as her heads-up display highlights it for her. The module casing contains the same dark pigment that helps protect her skin from radiation, electrical components are also vulnerable to the high energy environment outside the haven of earth’s magnetosphere.

She gets right up close to the module, pressing her eye against the rough translucent gray casing, inspecting the insides with her infrared spectrum vision. She can see current flowing through wires by the heat emitted and she can visually detect heat emitted from broken or damaged components. She quickly spots the faulty capacitor glowing red with wasted energy and replaces it with ease. She is an expert mechanic, electrical engineer, navigator, pilot, doctor, and solo explorer. All these things came easy to her.  These skills are no mistake as her genetics were modified for superior intellect, along with other adaptations necessary for the harsh universe outside Earth’s thin, warm, atmosphere. The blue skin pigment comes from a unique fungus found on earth around Chernobyl.  This Melanin like pigment absorbs and protects the traveler from high energy radiation and turns it into cellular energy.

Her bones are modified to stay strong without the influence of gravity. An extra protein added to her bone matrix sends out electric pulses while she sleeps which stimulates the calcium matrix imitating load bearing as if on Earth. Her immune system is modified slightly so that it accepts the various implants she has in her eyes, brainstem and gut. These electronics keep close watch over her vital signs and monitor her microbiome which  alerts her when things might be out of sorts.

Her feline companion watches curiously as she floats back and forth about the ship, tending to the systems. The cat sits silently in the cupola, soaking up the sun with the same pigment adaptation that allows the astronaut to absorb energy for the sun. The cat is there mostly for companionship but is also part of an experiment to analyze the adaptability of domestic animals in space.

Genetic modification using novel techniques like CRISPR-Cas9 are increasingly powerful but are still far from predictable enough to use ethically on human patients. CRISPR is particularly useful and accurate when removing DNA sequences, but far less so when inserting information. In addition to location errors, erroneous proteins can be unintentionally formed due to the relation of the new data to the existing data on either side. That hasn’t stopped Chinese researchers from carrying out controversial gene therapies (Wang, 2020). Altering the genetic makeup of the patient embryos in-vitro, these humans will pass those alterations onto their own children, and so on. There is simply no way we can take back that change. It is now part of the broader human genome and we will have to deal with any unintended consequences in the future.

The adaptability of biology always exceeds expectations.  It appears so fragile and evenly balanced while permeating every niche and overcoming obstacles we can’t imagine.  As we continue to discover and understand unique facets of biology, nature, and protein folding, we will use this knowledge to modify our own bodies, and the ecosystems within and around us.

It is only natural, since we are macro machines made from proteins, that soon we will interact directly with the micro-verse through protein manipulation.  We will adapt proteins found within nature or create entirely new ones. Humans already do this in many ways. We know yeast produces alcohol if we feed it sugar and give it the right conditions to live in. We know we can teach our immune system how to notice an attack by showing it a preview of the attacker. These are two examples of how we use biology to create useful molecules and use proteins to modify our bodies in helpful ways. These are however crude examples. New recombinant DNA technologies are allowing us to create any protein you can imagine by simply inserting it into the genome of a microbe like e Coli in many cases.  Since we are not so concerned about harming microbes, we readily alter their genomes and coax them into doing things that are helpful for us. Another exciting example is coaxing a microbe into creating an enzyme that would help catalyze the production of hydrogen fuel (TUM 2021). Essentially, this process appears like brewing beer. Huge stainless steel vats are filled with medium and a microbe is prepared with genetic alterations that force it to create a particular protein. The medium is then inoculated with the microbe that is then allowed to grow and produce the desired output. The knowledge and refinements of techniques in recombinant technology will influence and set the stage for human alterations in the future.

Genetic Elephant in the Room

Sometimes the solution to a particular problem is already in the room. Take the solar pigment example in the story above. Deep within the reactor of Chernobyl, a fungi Cryptococcus neoformans, has found a perfect home. This fungus uses a unique biological process called radiosynthesis, like photosynthesis plants use to create cellular energy, that is powered by high energy particles emitted by the decaying nuclear fuel beneath Chernobyl. The mechanism is not understood but the pigment seems to be opaque to high energy particles like beta decay, while also showing accelerated growth when exposed to heat and light alone. This discovery, first described in 2007, has exciting potential for use in spaceflight.

Once we travel outside the tranquil atmosphere and magnetosphere of the earth the levels of radiation become dangerous to our biology and technology. The biological systems responsible for this radio-synthesis could be adapted and inserted within our own genome. This would allow us to absorb high energy particles for energy instead of suffering cellular damage from the cosmic bullets.

At some point in the future, our ability to modify genomes will become so accurate that it would be unethical to allow explorers to venture forth without special adaptations. To send a 2022 human to Jupiter would be a death sentence.  With some relatively minor tweaks to their genome, they might find it at least hospitable. Similarly, humans on earth who suffer from small errors in their genome, will be good early candidates for having their genomes altered, particularly when their health and lives would be negatively affected without the intervention of these technologies. Take Huntington’s disease for example. This tragic illness is caused by a single defective gene. We know exactly where it is and exactly how it is different from the normal version but we do not currently possess the tools to fix it safely.

After some time dialing these techniques for use on humans when necessary, we will then see modifications to humans who are not in such dire need of help. We could modify our microbiomes to be more resilient towards certain infections, Radiation or alter our metabolism to be more efficient. Birds, for example, have superhero-like mitochondria. Over time, our flying kin needed tons of energy to get around, and that meant adaptations favoring efficient metabolisms rose to the top. Imagine if you only needed 1,500 calories a day vs 2,000.  Not only would this reduce your cost of living and carbon footprint, but applied across humanity it could make us less dependent on the current food system and more resilient to food shortages over all.

The future of space travel, medicine, and life on earth is exciting.  Especially when you consider that our tools for manipulating ourselves and our environments are becoming more powerful. Hopefully we will look back at 2022 and consider CRISPR Cas-9 akin to civil war bone hacking surgeries because the tools that exist will be so safe, accurate, and powerful. We can only hope that our understanding of the unintended consequences grows in stride, and that the pioneers in the fields of gene editing and protein manipulation take it upon themselves to act ethically and in the best interests of humanity. 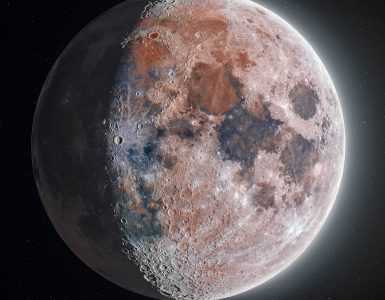 By A’liya Spinner Tribulations at Tranquility Base For once, the lunar base at the edge of the Sea of Tranquility was quiet. Fatima sat cross-legged on her cot, a tablet in her lap. Her “room” was more of a... 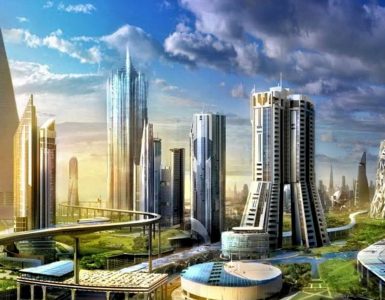 By A’liya Spinner The Daily Commute The bus rumbled beneath Maya’s feet, jostling even more on every turn than it usually did. The city had switched to a new bioethanol, and it didn’t run quite as smoothly. But it... 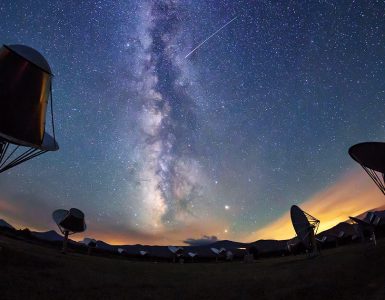 A’liya Spinner First Contact Today was the day. For over a century, we had been anticipating it, dreading it, praying for it. Hospitals, authorities, and schoolchildren in their classrooms waited with bated...