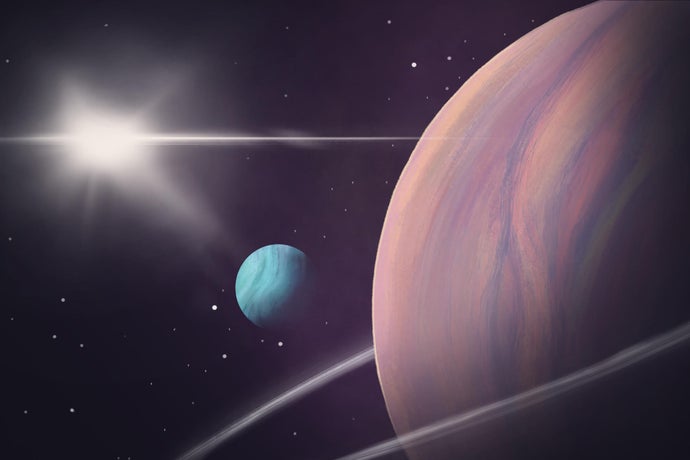 Astronomers Have Found Another Possible ‘Exomoon’ beyond Our Solar System

Astronomers say they have found a second plausible candidate for a moon beyond our solar system, an exomoon, orbiting a world nearly 6,000 light-years from Earth. Called Kepler-1708 b-i, the moon appears to be a gas-dominated object, slightly smaller than Neptune, orbiting a Jupiter-sized planet around a sunlike star—an unusual but not wholly unprecedented planet-moon configuration. The findings appear in Nature Astronomy. Confirming or refuting the result may not be immediately possible, but given the expected abundance of moons in our galaxy and beyond, it could further herald the tentative beginnings of an exciting new era of extrasolar astronomy—one focused not on alien planets but on the natural satellites that orbit them and the possibilities of life therein.

There are more than 200 moons in our solar system, and they have an impressive array of variation. Saturn’s moon Titan possesses a thick atmosphere and frigid hydrocarbon seas on its surface, possibly an analogue of early Earth. Icy moons such as Jupiter’s Europa are frozen balls that hide subsurface oceans, and they may be prime habitats for life to arise. Others still, such as our own moon, are apparently barren wastelands but could have water ice in their shadowed craters and mazelike networks of tunnels running underground. An important shared trait among these worlds, however, is their mere existence: six of the eight major planets of our solar system have moons. Logic would suggest the same should be true elsewhere. “Moons are common,” says Jessie Christiansen of the California Institute of Technology. “In our solar system, almost everything has a moon. I am very confident that moons are everywhere in the galaxy.”