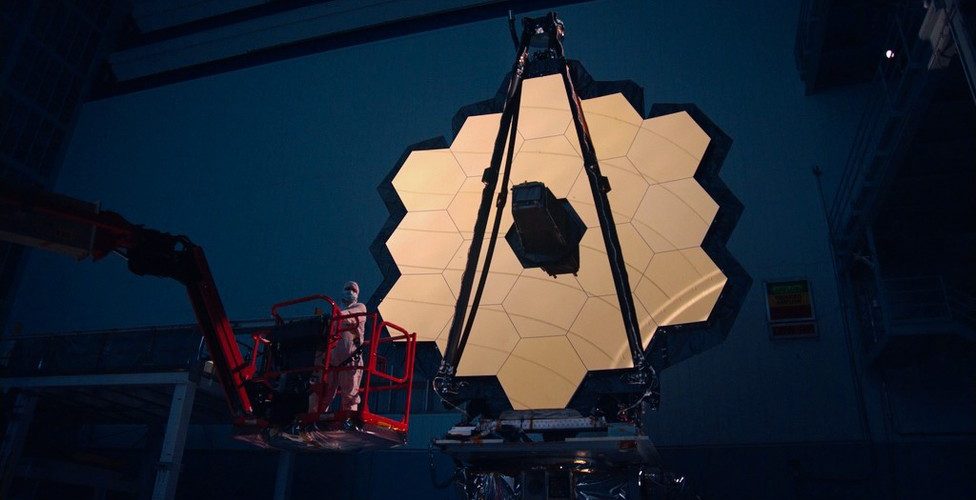 NASA had never attempted such a complicated deployment before, and there were hundreds of ways that the process could go wrong. If an important part became stuck—really, truly stuck—NASA would have to face the painful reality of abandoning its brand-new, $10 billion mission. Over the past two weeks, Webb’s stewards have worked nearly nonstop, trading 12-hour shifts, checking and rechecking data as hundreds of little mechanisms clicked into action.

The Webb telescope, named after a former NASA administrator, left Earth in a thundering launch from a rain-forest-ringed spaceport. The mood in town in the days before launch was cheery optimism, with an undercurrent of low-grade panic. When I asked the engineers and scientists there about the launch, they would make a bit of a nervous face before returning to a confident expression. The launch wasn’t the scary bit; Webb was riding on one of the most reliable rockets in the industry. The deployment sequence was another story. When I asked them about that, their face would turn into a perfect imitation of the grimace emoji. Astronauts managed to build the International Space Station in orbit, yes, and to repair the Hubble Space Telescope when it needed fixing. But they wouldn’t be able to help Webb after it launched. The mission is a very complicated series of “this has to work” moments. If something had jammed during deployment and couldn’t get unstuck, the next Hubble would have become a new piece of space junk.