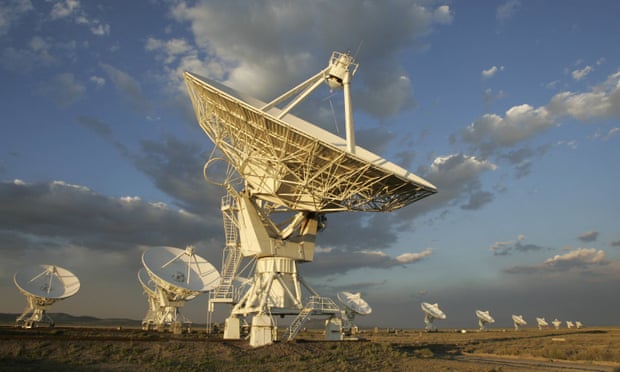 Astronomers to sweep entire sky for signs of extraterrestrial life

Astronomers will sweep the entire sky for signs of extraterrestrial life for the first time, using 28 giant radio telescopes in an unprecedented hunt for alien civilisations.

The project is a collaboration between the privately-funded Seti Institute and the Very Large Array observatory in New Mexico, one of the world’s most powerful radio observatories. Gaining real-time access to all the data gathered by VLA is considered a major coup for scientists hunting extraterrestrial lifeforms and an indication that the field has “gone mainstream”.

“Determining whether we are alone in the universe as technologically capable life is among the most compelling questions in science, and [our] telescopes can play a major role in answering it,” said Tony Beasley, director of The National Radio Astronomy Observatory, which runs the VLA.