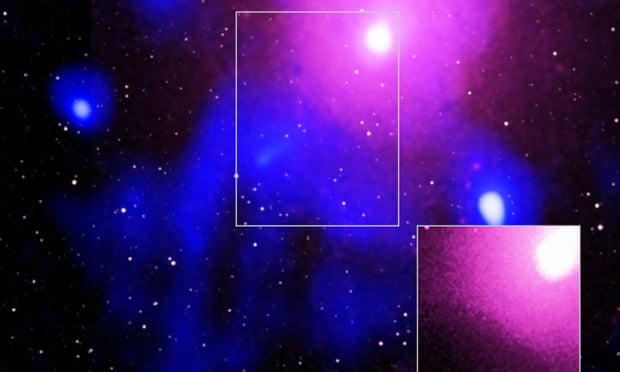 The biggest cosmic explosion on record has been detected – an event so powerful that it punched a dent the size of 15 Milky Ways in the surrounding space.

The eruption is thought to have originated at a supermassive black hole in the Ophiuchus galaxy cluster, which is about 390m light years from Earth.

Simona Giacintucci, of the Naval Research Laboratory in Washington DC, the lead author of the study, described the blast as an astronomical version of the eruption of Mount St Helens in 1980, which ripped off the top of the volcano. “A key difference is that you could fit 15 Milky Way galaxies in a row into the crater this eruption punched into the cluster’s hot gas,” she said.

FUTURES: Breaking The Light Barrier – How space-time waves are propelling warp drives from fiction to fact