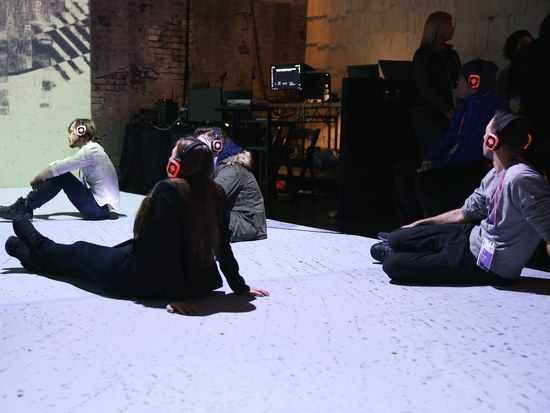 At Sundance, Virtual Reality Filmmakers are Evolving Beyond VR

As VR filmmaking got bigger, those who pioneered the form began looking at formats beyond those provided by VR headset manufacturers like Oculus, Samsung, and HTC. Part of it came from curiosity around new technologies like those coming from Magic Leap and Apple’s ARKit. But the other part comes from changes in the marketplace, says Gabo Arora, cofounder of VR/AR/AI company Tomorrow Never Knows. In the boom years, lots of startups were getting into VR filmmaking, but cost, comfort, and complexity have limited the technology’s consumer audience. (Turns out not everyone wants to strap a screen on their face!) So the innovators went looking for new platforms. It’s a move that opens the on-ramp for new converts, and provides new ways to tell stories, but also means less folks are willing to invest time and money into something that’s just VR.

“We’re finally going into an experimental phase where people have to hustle and think about how new technologies can merge together,” Arora says. “What’s happening has kind of, in a Darwinian sense, purged the kind of get-rich-quick folks.”