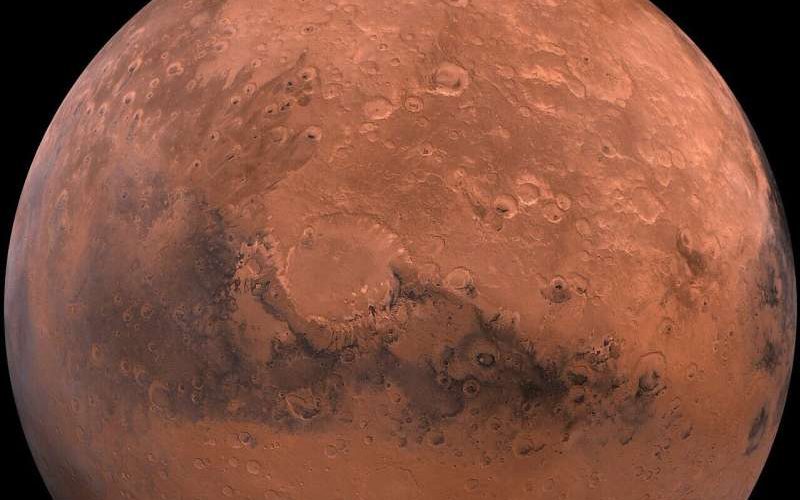 According to NASA, several rock samples containing organic matter were found in Jezero Crater, a 28-mile wide crater home to what scientists believe was once a river delta that formed about 3.5 billion years ago.

“Jezero was selected for this mission because… it allows us to explore an ancient habitable environment (and) it allows us to seek evidence of possible, Martin life in rocks deposited at that time, about 3 and-a-half billion years ago,” Perseverance project scientist Ken Farley said in a recorded panel about the rover’s findings.

“I want to emphasize, this mission is not looking for extant life, things that are alive today. Instead, we are looking into the very distant past, when Mars’ climate was very different than it is today,” Farley added.

Perseverance launched in July 2020, and made its February 2021 landing in Jezero Crater. Since July 7 of this year, NASA says, the rover has collected four samples from the delta—bringing the total number of collected, “scientifically compelling rock samples” to 12.

Perseverance is currently studying the delta’s sedimentary rocks. The rover previously explored Jezero Crater’s floor, finding igneous rocks. The contrast of the two “provides us with a rich understanding of the geologic history after the crater formed and a diverse sample suite,” Farley said in a news release.

For example, the project scientist pointed to one collected mudstone that contains “intriguing organic compounds.”

With the help of an instrument called Scanning Habitable Environments with Raman & Luminescence for Organics & Chemicals, or SHERLOC, organic molecules were found in “Wildcat Ridge,” a 3 foot-wide rock believed to have formed with mud and fine sand in an evaporating saltwater lake billions of years ago.

“It’s clear that we’re uncovering a bigger story than what’s happening in Jezero Crater. We found signals that we think are possibly from organic matter on every target that we’ve observed with SHERLOC to date,” Sunanda Sharma, SHERLOC scientist, said in the panel.

Sharma added that this wasn’t “unexpected,” as it aligns with previous research. “However, it does say that organics seem to persist in the very harsh Martian surface environment, which is very exciting for us.”

According to NASA, Curiosity Mars rover previously found evidence of organic matter in rock-powder samples back in 2013. Perseverance has also detected organics in Jezero Crater before, but the latest finding was made in an area with conditions that would’ve allowed life to exist in the distant past, scientists say.