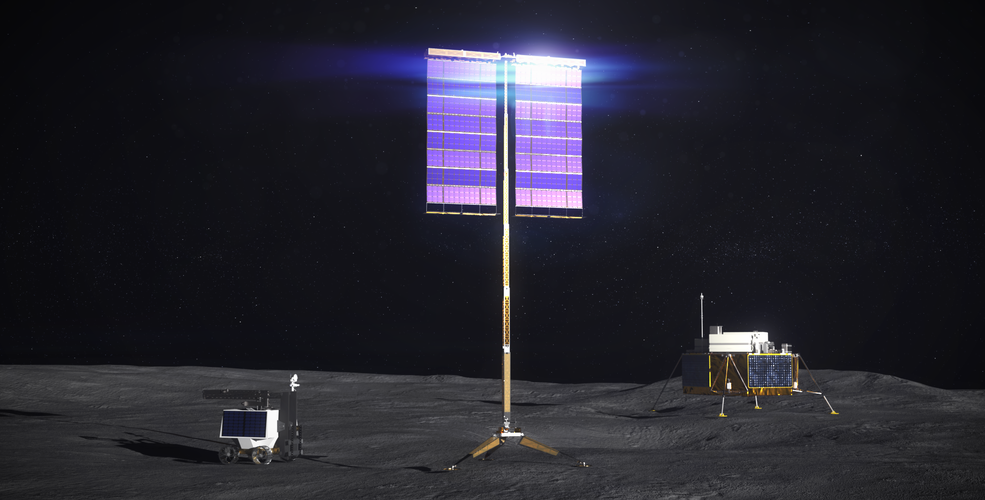 Through Artemis missions, NASA will return humans to the Moon and establish a long-term presence near the lunar South Pole. A reliable, sustainable power source is required to support lunar habitats, rovers, and even construction systems for future robotic and crewed missions. To help provide this power, NASA is supporting development of vertical solar arrays that can autonomously deploy up to 32 feet high and retract for relocation if necessary.

“These prototypes will provide promising solutions for reliable power sources on the Moon, which are key to the success of almost anything we do on the surface,” said Niki Werkheiser, director of technology maturation in NASA’s Space Technology Mission Directorate (STMD) at NASA Headquarters in Washington. “This exciting effort plays a critical role that will quite literally help power our Artemis exploration in the uniquely challenging environment of the Moon’s South Pole.”

The agency will award a total of $19.4 million to three companies to build prototypes and perform environmental testing, with the goal of deploying one of the systems near the Moon’s South Pole near the end of this decade. The designs must remain stable on sloped terrain and be resistant to abrasive lunar dust, all while minimizing both mass and stowed volume to aid in the system’s delivery to the lunar surface. The awards include:

Existing space-rated solar array structures are designed for use in microgravity or for horizontal surface deployment. The vertical orientation and height of these new designs will help prevent loss of power at the lunar poles where the Sun does not rise very far above the horizon. When the Sun is low on the horizon, the Moon’s terrain can block some of its light, keeping it from reaching solar arrays that are low to the ground. By placing the solar arrays on tall masts, these designs allow for uninterrupted light and therefore produce more power.

“We are very excited to be able to select these three teams as they all bring very different technological solutions as well as unique visions for how commercial space can support a sustained presence on the Moon,” said Chuck Taylor, Vertical Solar Array Technology (VSAT) project manager at NASA’s Langley Research Center in Hampton, Virginia.