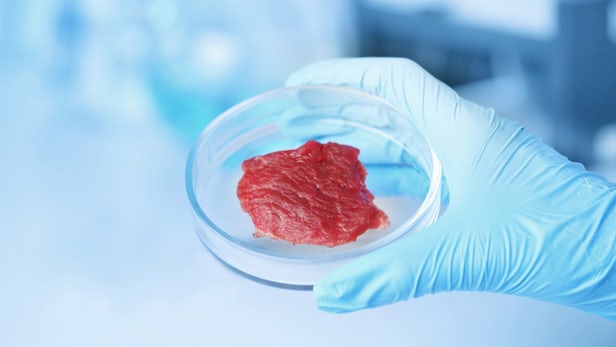 Meat produced without killing animals is heading to your dinner table

Imagine biting into a juicy beef burger that was produced without killing animals. Meat grown in a laboratory from cultured cells is turning that vision into a reality. Several start-ups are developing lab-grown beef, pork, poultry and seafood—among them Mosa Meat, Memphis Meats, SuperMeat and Finless Foods. And the field is attracting millions in funding. In 2017, for instance, Memphis Meats took in $17 million from sources that included Bill Gates and agricultural company Cargill.

If widely adopted, lab-grown meat, also called clean meat, could eliminate much of the cruel, unethical treatment of animals that are raised for food. It could also reduce the considerable environmental costs of meat production; resources would be needed only to generate and sustain cultured cells, not an entire organism from birth.

The meat is made by first taking a muscle sample from an animal. Technicians collect stem cells from the tissue, multiply them dramatically and allow them to differentiate into primitive fibers that then bulk up to form muscle tissue. Mosa Meat says that one tissue sample from a cow can yield enough muscle tissue to make 80,000 quarter-pounders.