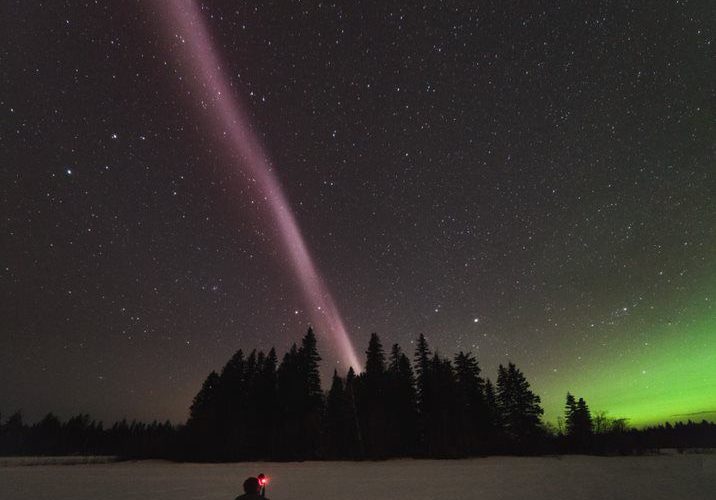 Scientists have new insights into the mysterious celestial phenomena affectionately known as STEVE. They now believe the atmospheric glow of STEVE (Strong Thermal Emission Velocity Enhancement) is created through a “combination of heating of charged particles in the atmosphere and energetic electrons like those that power the aurora,” according to a press statement.

A quick STEVE refresher: Per a 2018 study in Geophysical Research Letters that first examined the curiosity, STEVEs are “extremely narrow ribbons of vibrant purple and white hues” glowing in the night sky. Their color patterns are specific, showing red-pinks arcs, and they’re occasionally joined by green vertical columns that scientists have nicknamed “picket fences.”

While scientists were able to determine that STEVEs aren’t auroras, for a while they couldn’t figure out what they actually were, or how they were formed.