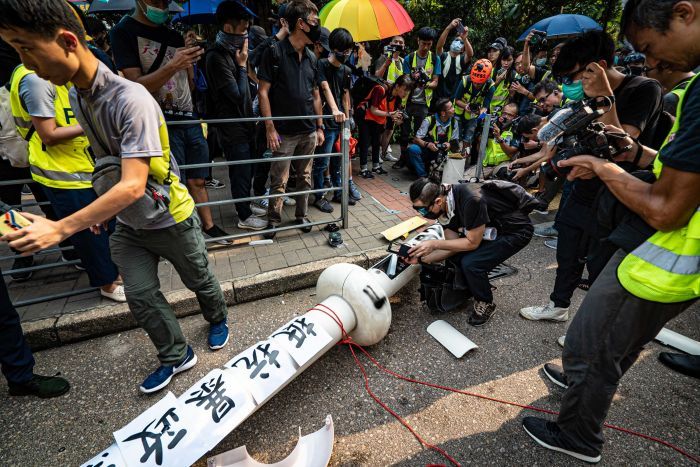 Protesters used an electric saw to slice through the bottom of the lamppost, while others pulled ropes tied around it. The demonstrators, who were holding up umbrellas to hide their identities, cheered as it toppled over.

They were part of a larger group marching to demand the removal of the lampposts over worries they could contain high-tech cameras and facial recognition software used for surveillance by Chinese authorities.

The government in Hong Kong, which has been convulsed by more than two months of sometimes violent protests, said smart lampposts only collect data on traffic, weather and air quality. The semiautonomous Chinese city has said it plans to install about 400 of the smart lampposts.