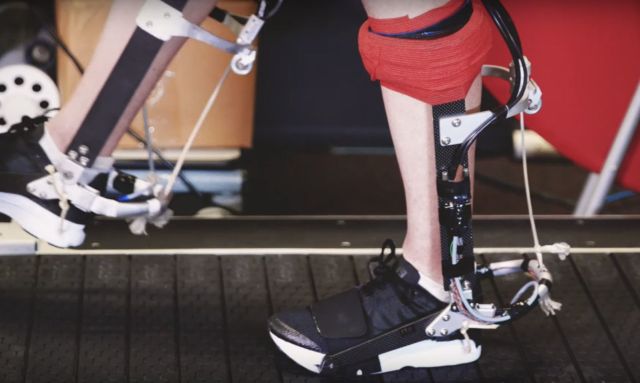 Running is great exercise but not everyone feels great doing it. In hopes of boosting physical activity – and possibly creating a new mode of transportation – engineers at Stanford University are studying devices that people could strap to their legs to make running easier.

Researchers find that a motorized device that attaches around the ankle and foot can drastically reduce the energy cost of running.