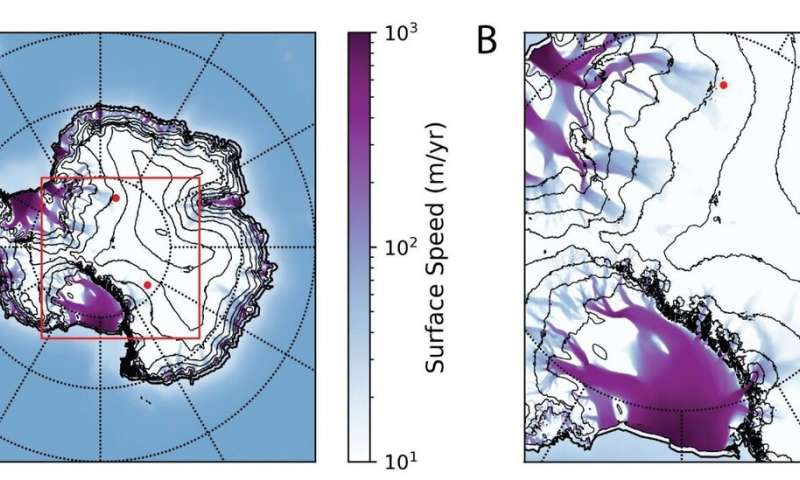 A new research paper co-authored by a Virginia Tech assistant professor of physics provides a new explanation for two recent strange events that occurred in Antarctica—high-energy neutrinos appearing to come up out of the Earth on their own accord and head skyward.

The anomalies occurred in 2016 and 2018 and were discovered by scientists searching for ultra-high-energy cosmic rays and neutrinos coming from space, all tracked by an array of radio antennas attached to a balloon floating roughly 23 miles above the South Pole. Neutrinos are exceedingly small particles, created in a number of ways, including exploding stars and gamma ray bursts. They are everywhere within the universe and are tiny enough to pass through just about any object, from people to lead to buildings and the Earth itself.

The events were discovered by scientists at the ANITA experiment—that’s short for Antarctic Impulsive Transient Antenna, started in 2006—in the South Pole. Twice, ANITA scientists discovered radio signals mimicking highly energetic neutrinos seemingly coming upward out of the ground on their own accord. Scientists remain perplexed by the activity, with some 40 papers so far giving wildly different answers—the pulses are neutrinos that passed unencumbered through the entire core of Earth and came out of the ground; the pulses are the long sought-after “fourth” neutrino known as the sterile neutrino; the mysterious “dark matter” of space is to blame; or this is an entirely unknown frontier of particle and/or astrophysics physics begging for a Nobel.