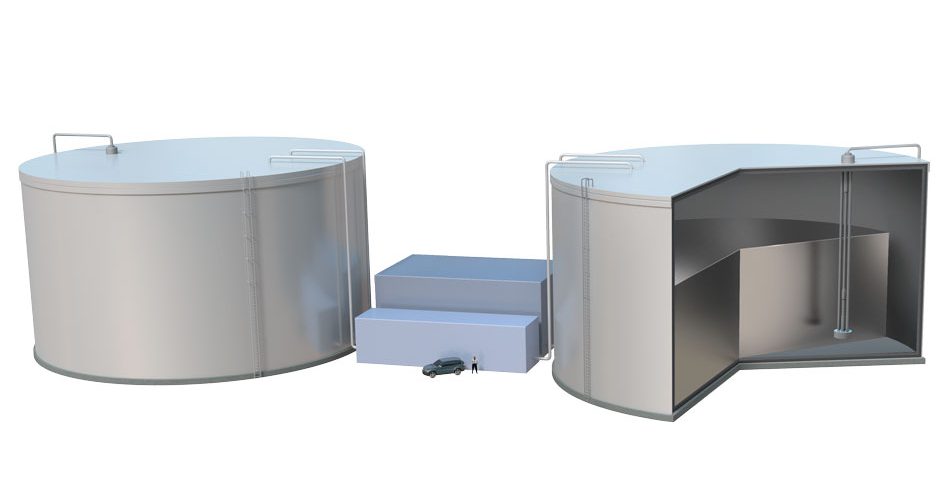 “Sun in a box” would store renewable energy for the grid

MIT engineers have come up with a conceptual design for a system to store renewable energy, such as solar and wind power, and deliver that energy back into an electric grid on demand. The system may be designed to power a small city not just when the sun is up or the wind is high, but around the clock.

The new design stores heat generated by excess electricity from solar or wind power in large tanks of white-hot molten silicon, and then converts the light from the glowing metal back into electricity when it’s needed. The researchers estimate that such a system would be vastly more affordable than lithium-ion batteries, which have been proposed as a viable, though expensive, method to store renewable energy. They also estimate that the system would cost about half as much as pumped hydroelectric storage — the cheapest form of grid-scale energy storage to date.