TSS EXCLUSIVE: Don’t Fear the Reaper – The Promise and Peril of Life Extension

Halley’s Comet completes an orbit around every 75 years. The last time it came within proximity of Earth for the naked eye to see was in 1986. The next projected return is around the year 2061. Imagine being a ten-year old child in 1986 and witnessing the wonder of this “periodic” comet. You can’t wait to see it again when you’re older.

Fast-forward several decades. Halley’s Comet is making its return in 2061. You’re excited to use the newest DSLR camera and telescopic lens to create that holographic projection you always wanted. You’re an 85-year old amateur astronomer and just as eager and excited to relive this moment as you were the first time you saw the comet.

However, luck is not in your favor. Clouds and severe weather blanket your region for days. Weather conditions and overcast skies force you to abandon hope and you miss your opportunity.

Can longevity be increased?

At the beginning of the twentieth century, life expectancy for the average American was between 49 and 50 years old; by 2010, the expectancy had increased to between 78 and 79 years. While many of the reasons for this increase is due to better sanitation and basic medical care, scientists hope to one day extend life to double the new amount.

Yet, is it possible? Some think so. Oracle co-founder Larry Ellison has poured more than $400 million into anti-aging research. Google launched a research and development company called Calico that focuses on health, well-being, and longevity. Jeff Bezos put $127 million behind Unity, a startup working on drugs to zap older, “senescent” cells that have stopped dividing.

Biologists have turned their attention to many long-living species which seem to defy the aging process. For example, naked mole rats can live up to 30 years, ten times longer than what’s expected for their size; these rodents also rarely develop age-related diseases like cancer. The American Lobster doesn’t appear to decline rapidly or weaken prior to death; they appear to have an enzyme, called telomerase, that helps replenish their telomeres, a vital component in the aging process.

Dr. Elizabeth Blackburn heads the Salk Institute for Biological Studies, a San Diego-based research center that focuses on breakthrough innovations in neuroscience, genetics, and immunology. Dr. Blackburn, along with two colleagues, received the 2009 Nobel Prize in Physiology or Medicine for her studies of a single-celled protozoan, called Tetrahymena, which forms the bulk of a substance commonly known as “pond scum.” Blackburn discovered that Tetrahymena, unlike homo sapiens, never ages. It will live forever, assuming no outside agent disrupts its environment.

The key to Tetrahymena’s longevity lies in the presence of telomerase, a substance that forms itself into structures, called telomeres, found on the tip of chromosomes. According to Blackburn, telomeres are analogous to the plastic caps at the end of shoelaces that keep the strands from fraying: the longer the cap on the shoelace, the longer the shoelace will last; the shorter the end caps become, the more likely the shoelace will begin to fray and decline.

This same principle applies to telomeres and protecting chromosomes. The longer the telomeres at the ends of the chromosome, the longer a person will live. When the telomeres wear down and don’t protect the chromosomes properly, cells begin to malfunction. Dr. Blackburn stated: “This sets up physiological changes in the body which increase risks of the major conditions and diseases of ageing: cardiovascular disease, diabetes, cancer, a weakened immune system and more.”

While the study of increasing telomeres and the presence of the telomerase enzyme are promising, too much of a good thing could be fatal. Dr. Blackburn pointed out that adding too much telomerase to cells could “help confer immortality” onto cancer cells. This could increase the likelihood of developing cancer. A Goldilocks’ zone would need to be achieved for adequate life longevity.

In addition to Dr. Blackburn’s work, other scientists have worked towards extending life expectancy.

American biologist and technologist Craig Venter announced his company would begin creating a giant database of one million human genome sequences, including those of supercentenarians. He believes it may be possible one day to make a digital copy of someone’s DNA and replicate the condition of it in the future, perhaps repairing damaged strands.

Dr. Aubrey de Grey, a biogerontologist and chief science officer of the SENS Research Foundation, believes it’s possible for humans to live to 1,000 years. He believes that removing senescent (mature or old) cells could be a way of treating aging. Dr. de Grey thinks of the human body in terms of engineering: it’s a machine; and, like any machine, it can be maintained for as long as needed.

Dr. Nir Barzilai, director of the Institute for Aging Research at the Albert Einstein College of Medicine, believes the answer to the Fountain of Youth could be found in an inexpensive pill called metformin. The drug is a modified compound that was once discovered in a plant called French lilac and goat’s rue. Users of this drug are less likely to get cancer, have cardiovascular problems, or suffer dementia and Alzheimer’s.

The prospect of living a millennium—or even beyond 120 years old—is not without criticism or concern.

“Evolution requires aging and death” to improve on itself. If a species extends its life expectancy, that evolution slows down or stalls. If humans cease to evolve, does that usher in a possible extinction of the race? What species would take over after homo sapiens disappear?

What would the social, political, and economical ramifications be if life spans doubled or even tripled? Imagine the Social Security Administration moving the retirement age from 67 to 97 or 127. Would Americans want to work several more decades?

Would elections be impacted and amendments added to the Constitution? Consider what would happen if children were required to remain in school until they were 25, be forced to live at homes as minors until the age of 30, and not reach “adulthood” until 35.

Would the population continue to increase beyond sustainability? Would countries move to a global birth limit and cap the size of families? Or would natural selection cause infertility rates to continue to increase? Can mankind truly benefit from longevity?

What would the quality of life be for someone with more decades to live? Would anyone want to live longer, to push the appointment with the Reaper further away?

Would they truly be living and alive, or would they merely be existing? 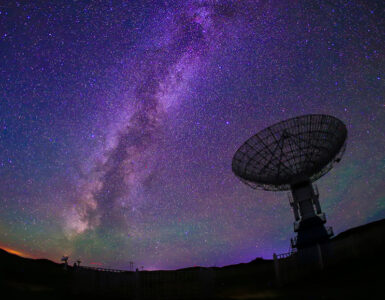