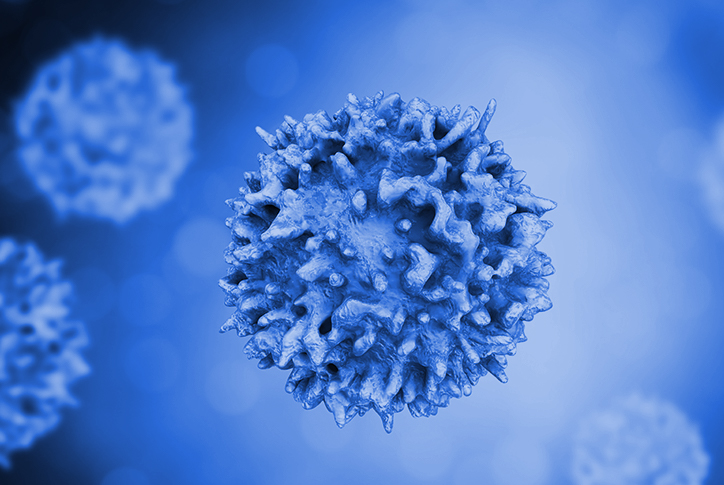 3.8 billion years: that’s the head-start that life on Earth has had over human technology. Organisms on this planet have evolved countless survival strategies over millennia in order to adapt to a host of divergent environments. It’s not a quantum leap to acknowledge that we have much to learn and mimic from nature for needed innovation. Biomimicry seeks solutions by emulating nature.

The immense potential of biomimicry is already well-established in fields such as architecture and technology, including how termites helped inspired cooling solutions for an office building in Harare, Zimbabwe, or tiny robots developed by scientists at the University of Warsaw, Poland, that can carry ten times their weight and were inspired by caterpillars.

To what extent has biomimicry been adapted to medicine thus far? And, in light of the crushing coronavirus crisis of 2020, what is its potential in epidemiology and our ability to better combat epidemics now and in the future?

There have been a host of fascinating innovations in medicine to date that used biomimicry to provide cutting-edge solutions. Three of these bio-inspired healthcare solutions include:

The True Potential of Biomimicry in Medicine

Even with some of the examples cited above, does biomimicry offer true potential for our future healthcare needs? Jeffrey Karp, a bioengineer at Brigham and Women’s Hospital (BWH) in Cambridge, MA, certainly believes so. Karp, who considers himself a ‘bioinspirationalist,’ has this to say: “every living creature that exists today is here because it tackled a number of challenges. And those that haven’t have quickly become extinct.”

In the opinion of Karp, “we are surrounded by solutions. Evolution is truly the best problem-solver.”

The potential of biomimicry in a public health context was discussed by a panel titled The Role of Biomimicry in Tackling Biodiversity Loss and Public Health Challenges, held at the World Biodiversity Forum 2020 in Davos, Switzerland, in February 2020. The panel, which included members of the World Health Organization (WHO), Botanic Gardens Conservation International, Kew Royal Botanic Gardens, and the Johns Hopkins Center for a Livable Future, among others, agreed that biomimicry was an invaluable design tool for solving the critical health challenges facing the world today.

The panel concluded that public health, sustainable development, and biodiversity solutions such as biomimicry were fundamentally interlinked in the quest for dynamic global public health solutions.

But what of global public health crises such as the coronavirus / COVID-19 epidemic that went global in early 2020? This latest epidemic should force us to ask: are there not things in nature from which we can learn about how to prevent or contain a massive epidemic? What strides have there been in recent times regarding how biomimicry can be of value in epidemiology?

An encouraging development has been the use of biomimicry to more quickly detect epidemic outbreaks. An excellent example is the biosurveillance program formed in collaboration between Albuquerque-based Sandia National Laboratories, the University of New Mexico (UNM), and Atlanta-based Centers for Disease Control and Prevention (CDC).

Sandia computer scientists Pat Finley and Drew Levin, together with researchers at UNM and the CDC, have been working on a biosurveillance system that alerts authorities to disease outbreaks. This is based on data collated by the CDC from emergency departments around the US with its National Syndromic Surveillance Program.

The program achieves its goals by mimicking the human immune system. How? Basically, the immune system comprises numerous T-cells that all operate independently. There is no ‘central immune system command center’ in the human body. Yet the T-cells remain extremely effective, for the most part, in detecting invasions by pathogens in the body. Using the same logic, the biosurveillance program detects possible indicators of breaking epidemics by analyzing disparate, seemingly atomized data from all over the US, rather than trying to ‘centralize’ and ‘make sense’ of all the data as a composite whole.

According to Melanie Moses, a UNM professor of computer science and biology involved in the project, the immune system “provides inspiration for the design of other decentralized systems for surveillance and protection [of possible outbreaks of disease in the US]”. In this biosurveillance program, for example, the ‘synthetic T-cells’ include data as variables such as number of clinic visits, day of the year, and intake temperatures across emergency departments, which are then processed as algorithms to detect possible epidemiological trends.

Biosurveillance methodologies could be used worldwide in an effort to better detect an emerging global pandemic such as COVID-19. These methodologies could surely be very helpful in detecting outbreaks of regional diseases like Lyme disease and Hantavirus in the US, and ebola and Marburg in Central and West Africa, for example.

The Gap That Needs To Be Bridged

But what can biomimicry offer beyond detection? What about learning from nature regarding how best to respond to an epidemic once it emerges? Unfortunately, the literature is lacking in this regard.. This is somewhat surprising, given that we essentially live in an ‘age of epidemics’. It’s also rather disconcerting, given the sheer disruption and loss of life that major epidemics can wreak on regional and global populations.

There have been some, limited explorations of how we can mimic nature in order to better respond to public health crises such as outbreaks and epidemics. Some researchers point to how social insect colonies, such as harvester ants, react in a time of crisis. Ordinarily, these ants work cohesively and communally, essentially as one unit. However, when there is major disruption, for example, when their nest is disturbed, each ant becomes autonomous and the ‘genius of the individual’ takes over. That is how these ant colonies build resistance, or what is ecologically and socially termed as ‘resilience’. The key takeaway is not that of instant autonomy or individuality but, rather, of flexibility within a community. Could that approach be mimicked in human society, especially given our propensity to be innately self-interested?

Time For Our ‘Mutations’?

What of mimicking nature in the prevention of epidemics? After all, prevention is always better than cure. Marilyn Cornelius offers an interesting analogy: she is of the opinion that pathogens are merely mutations that have their antidotes in nature, often in very close proximity. Therefore, in her opinion, a means by which humans could prevent future epidemics is by means of our own ‘mutations,’ i.e., by changing the very habits that are causing the epidemics in the first place.

That is of course easier said than done, but the analogy provided by Cornelius is compelling. It’s simple: our habits need to change. For example, a moratorium placed on the logging of the rainforests of Central and West Africa, Southeast Asia, and Brazil in order to offset carbon emissions will also ensure that many species are preserved from which we can potentially learn. Doing that represents just one way in which we can better hope to harness nature-inspired solutions for our collective, future health.