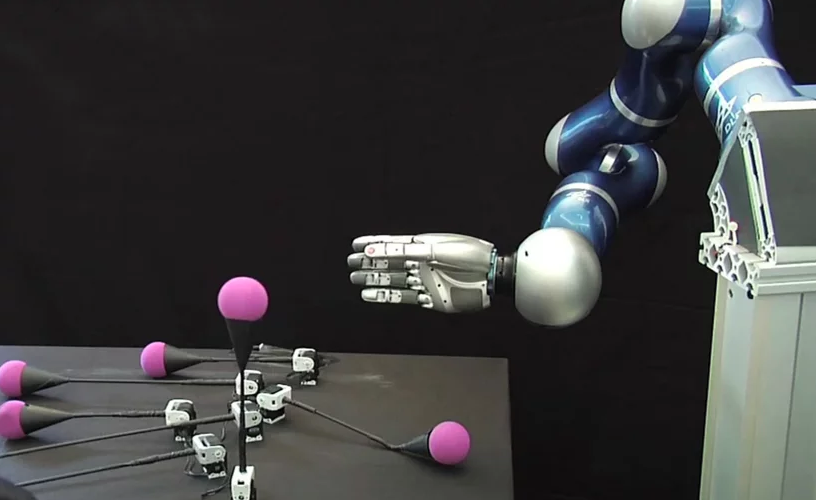 James is a war veteran, recently retired. An improvised explosive device killed one of his mates and destroyed the left side of his body. He lost his entire left arm and his left leg below the knee. Outfitted with new brainwave prosthetics and under the watchful eye of doctors, James is able to go for his daily run and train for a marathon.

On the other side of the military base, a new squadron is finishing up their training. The soldiers stand at attention, waiting for Captain Harrison to give instructions.

Harrison presses a button. The soldiers change their stance, guns clicking to position. They wait posed and ready for the next command.

“Do you think they’re ready for deployment now?” Harrison asks the scientist standing next to him.

“Yes,” comes the response. “They’re the best out there. Our enemies won’t realize what’s happening until it’s too late.”

The captain looks back at the rows of unwilling prisoners, enemies captured from the last assault. Each purposely paralyzed man was outfitted with similar brainwave prosthetics as James. Each person’s free will was removed and reprogrammed to carry out specific orders in the front-line attack.

Is this the future for prosthetic advancement?

Now, scientists have finally discovered the means to control an artificial body part without the use of invasive surgical procedures.  This reduces the complications and pain during the fitting process for an artificial limb.

Could the latest prosthetic breakthrough lead to the global elimination of disability or will it threaten the concept of human freewill?

The History of Neurology-based Prosthetics

In 1924, German psychiatrist Hans Berger discovered the electrical potential of human brainwaves, paving the way for decades of study that explored the power of neuronal circuitry. Berger had experimented with a vacuum tube amplifier to detect electric signals originating from the surface of the brain of a patient who had suffered a head injury. His findings eventually led to the discovery of electroencephalography (EEG).

It was not until 1973 that UCLA professor Jacques Vidal explored the possibilities of proactive uses of the EEG towards controlling objects with the human mind. This was something called brain-computer interface, or BCI. The first test of BCIs involved tracing a cursor-like image through a maze. This looked promising.

However, the BCI came with its set of challenges. Scientists continuously failed to establish a precise or “clean” signal between the human brain and extraneous object. And, initially, robotic prosthetics required serious surgical considerations.

For example, the BrainGate BCI was tested in 2012, through the surgical implantation of a 96-channel microelectrode array directly to the brain of Cathy Hutchinson, a woman who had been paralyzed for 15 years. The delicate procedure, which involved installing a sensor in her brain, enabled Hutchinson to control a robotic arm, pick up a bottle, and drink her coffee.

In 2018, the United States government granted Johnny Matheny a modular prosthetic limb directly connected to his skeleton by a metallic stump. This was powered by his mind through “rerouting” nervous pathways in his brain. Matheny had lost his arm to cancer more than a decade prior to the installation of his latest prosthetic. The $120-million funding for this prosthetic and research was provided to John Hopkins Applied Physics Lab where experts monitored the development of this technology across a span of 10 years.

Matheny has since learned to play the piano and perform other precision-sensitive activities, pushing the boundaries of prosthetics and making it his personal mission to ensure that nobody should be left without arms. The landmark study was heavily supported by the U.S. Department of Defense, coinciding with efforts to assist veterans who had lost their limbs during military service, restoring their mobility and normal lives.

Because previous technologies required extensive surgeries and were quite invasive, scientists attempted to develop other methods of providing mind-controlling prosthetics.

In ground-breaking research by Carnegie Mellon University and the University of Minnesota, health experts discovered a non-invasive procedure as an alternative to conventional prosthetic fitting. This new technology worked through a brain-computer interface that effectively tracked and traced the movement of a computer cursor in real-time with a robotic arm.

Professor Bin He, Department Head of Biomedical Engineering at Carnegie Mellon University, is optimistic about the latest progress in modern prosthetics. “There have been major advances in mind-controlled robotic devices using brain implants. It’s excellent science, but non-invasive is the ultimate goal. Advances in neural decoding and the practical utility of non-invasive robotic arm control will have major implications on the eventual development of non-invasive neurorobotics.”

Surgery remains a major concern in prosthetics as the procedures are often pricey and dependent on the expertise of the surgeon. Depending on the extensive nature of the procedure, this could lead to dangerous complications. These factors often cause the disabled recipient to reject prosthetics based on the risks involved.

Fortunately, the new brain-computer interface tested by Professor He operates through machine learning and a continuous pursuit paradigm which decodes the natural signals that occur in the human brain without the need for a brain implant. The experiment has been conducted with 68 able-bodied participants.

Professor He believes the breakthrough results will support future developments within the field of prosthetics, making the technology more desirable to those who require it. As Professor He puts it: “This work represents an important step in non-invasive brain-computer interfaces, a technology, which someday may become a pervasive assistive technology aiding everyone, like smartphones.”

Non-invasive prosthetic options will make a huge difference in the medical industry, but they come with several potential dangers and concerns.

Imagine warring nations employing large-scale use of the smart technology in their military activities and expansionist policies. Soldiers could be fitted with BCI that bypasses free will altogether, forcing them to obey commands given by others. Could BCI be used to punish war criminals or captured prisoners and make them perform specific tasks or jobs?

The latest BCI technique released by Professor He and his team rely on reading and interpreting signals stored deep within the human brain. If rogue scientists could successfully harness the same neuronal energies without the consent of the test subjects, the world might be confronted with a pernicious workforce operating machinery with a total disregard for human rights.

Volition is a sensitive concept that can work both ways: if humans are granted the power to control objects with the mind, it is not a far-reaching concept to consider the possibility of the reverse, where machines and programs can hijack the human body as a force.

And what if BCI went beyond humans and controlled other living creatures? It’s already been used on paralyzed monkeys to allow them to walk again. What’s to stop governments from deploying weaponized monkeys or canines on the front lines of future wars? What if rodents or cockroaches were implemented with these devices, then used to infiltrate a terrorist building or intricate cave system?

The BCI innovation is an excellent example of how artificial intelligence technology can substantially improve lives through healthcare systems. By achieving a unique framework that controls robotic movements with the use of EEG activity, severely handicapped patients can finally acquire a life of normalcy with reduced risks.

Professor He and his team continues their research as they attempt clinical trials to make their newfound technology accessible to the public.

Perhaps in the future, robotic technology will remove physical disabilities from around the world. For now, it’s becoming less of a remote possibility.