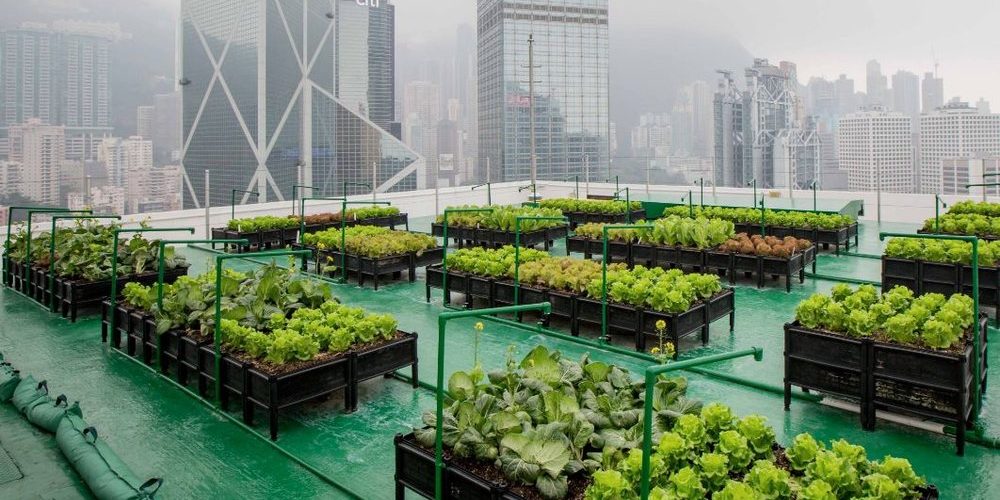 The current world population is approximately 7.8-billion people. Estimates project a global population of 8.5-billion by 2030, 9.2-billion by 2040, and 9.7-billion by 2050. That’s a lot of people, and a lot of mouths to feed. Urbanization will increase in lock-step with this population growth. Current estimates regarding urbanization from the United Nations World Urbanization Prospects are that over half (more than 4-billion) people live in urban areas, which is set to rise to more than two-thirds of the world’s population by 2050. These statistics have real implications for our collective future.

Consider that agricultural land will become increasingly scarce as land is sequestered for human development and urbanization. That means less arable land for growing and raising the food people will need. And that’s not even taking into consideration how already dramatically depleted much of the world’s arable land is of nutrients and sustainable agricultural viability, with Scientific American predicting in 2014 that the world will only have 60 years of farming left if current levels of top soil degradation continue.

One solution is to meld two seemingly disparate factors together, namely agriculture and urbanization. Vertical farming in urban areas is becoming an increasingly attractive and even viable concept, including being actively promoted among agencies such as the United States Department of Agriculture (USDA). This article will provide an overview of some of the urban and vertical farming techniques that could essentially help revolutionize the way we make food in the future.

Vertical farming goes beyond being a mere alternative to a (very near) future world bereft of arable land. For example, most vertical farming options require less water than conventional farming; up to 70% less water on average.

Space, or the lack thereof due to increased populations, is a hugely important reason why vertical farming should be taken seriously. It will allow for foods to be grown in vertically stacked layers housed in  structures such as purposefully-built skyscrapers, abandoned or converted high-rises, shipping containers, warehouses, or even as part of existing residential or office buildings.

Also, these forms of indoor farming will not only save on space for growing food, but should require far less soil to do so. This is especially true of vertical farming techniques such as aeroponic and hydroponic growing (both of which will be discussed hereafter). Furthermore, ambient conditions inside these indoor farms such as temperature, humidity, illumination, irrigation/moisture levels, and prevailing gases can be far better controlled in these artificial environments than they can ever be with the vagaries and capriciousness of climate found in nature. That alone means food security for communities is more easily attained and maintained.

Ultimately, vertical farming should be more sustainable than industrialized farming, and even traditional farming methods. It is an exciting, dynamic concept – and relatively new too, with the term having only been coined in 1998 by Dickson D. Despommier, a professor of parasitology and environmental science at Columbia University.

For the sake of clarity, hydroponics is a method of growing plants in a nutrient-rich water solution, hence its name. Hydroponics does not use soil of any kind. Rather, a plant’s root system is supported by growing in an inert medium. Examples of media used in hydroponics include perlite, rockwool, clay pellets, or peat moss. Unlike most vertical farming concepts, which are relatively new or even high-tech, hydroponics has been a known and used alternative to traditional farming for thousands of years. The fabled Hanging Gardens of Babylon in ancient Mesopotamia and the ‘floating gardens’ that Marco Polo marveled about in his travels through China in the 13th century are just two of the earliest-known examples of hydroponics usage.

Hydroponics is popular due to not requiring soil, huge space savings, and the ability to use up to 90% less water than land-based farming. There are different types of hydroponics systems, four of which include:

“Grow 30% More, 3x Faster, with 98% Less Water” – that is the assertion of Tower Garden, a company that offers stacked growing beds using what is known as aeroponics, which is an advanced form of hydroponics. Aeroponics grows plants suspended in an air or mist environment. Unsurprisingly, this extraordinary space age-like innovation was pioneered by NASA in the 1990s when the space agency was seeking efficient ways to grow plants in space.

Although currently one of the lesser-applied vertical farming options, aeroponics is undoubtedly sustainable, particularly as it uses no soil and a staggeringly small amount of water. New-Jersey based AeroFarms claims that its closed-loop aeroponic systems use 95% less water than traditional field farmed-food, with yields 390 times higher per square foot. Interestingly, observations have shown that plants grown in an aeroponics environment have a more vigorous uptake of vitamins and minerals. This is because roots suspended in air are continuously exposed to oxygen whereas those more exposed to water lose oxygen over time. That factor makes aeroponic plants potentially more nutrient-rich and healthier. Furthermore, a lack of soil means no digging and less mess, no ground pests, and no risk of contaminated soil.

‘Greenscrapers’ or ‘plantscrapers’ could be the vertical farming equivalent of skyscrapers. The concept of these ‘farming skycrapers” is simple: turn tall buildings into farms while still functioning as office or residential towers. These de facto vertical greenhouses would be integrated directly into the building, most probably using some form of hydroponics as the growing technique therein.

One possible solution would be a rack transport system that gradually moves planting boxes from floor level to ceiling level within a vertical greenhouse. The benefit of this is that no artificial light is required. As with many vertical farming options, the system would probably be highly automated, with all environmental factors (e.g. temperature, light, humidity levels, and so forth) controlled by automated systems. Admittedly, high levels of humidity could be problematic in buildings housing people in their work or home, but highly innovative architectural design, engineering, and interior landscaping could surely be called upon to provide the required solutions.

In 2019, Forbes wrote about the growing concept of “urban resilience” in a fast-urbanizing world, in which urban centers are able to be resilient to externalities such as climate change and major disruptions in global supply chains. An important aspect of that resilience is that of local food production. This self-reliability regarding food production should allow cities to be more self-sustaining and urbanites more food secure. Forbes further contends that, although vertical farming is indeed the future of urban farming, that it simply cannot for now compete with large-scale, less expensive traditional ‘horizontal’ farming.

If so, there is an immediate solution: urban micro-farming and, more specifically, modular farms. Micro-farming is what Maximum Yield defines as, “agriculture that is done on a smaller scale in urban and suburban areas. As the name suggests, microfarms typically operate in small land areas of five acres or less”. Modular farms use small, automated modular food-growing equipment, often within just a few square feet. These farms can be interconnected to create indoor farms, thus allowing scalability that works within the confines of existing buildings. They can function equally well outdoors as free-standing modules. The growing environment is entirely controlled remotely via the cloud. These modular ‘growing sheds and racks’ are lightweight enough to be easily placed on rooftops and even on balconies.

Conclusion: The Future of Farming is Urban

Always with start-up cost and logistical implications in mind, of course, there are nevertheless numerous reasons to be (cautiously) excited about the future of urban vertical farming. They’re worth listing here: A near-total lack of need for soil of any kind; Huge reductions in water usage; Greater control over growing processes; Mitigation to climate change factors; Year-round growing potential; large-scale local growing potential; Enormous scalability options, from large-scale operations to home-based micro-growing systems; Intelligent re-use of existing abandoned buildings; Allowing existing arable lands to rejuvenate – the list can go on and on.

Finally, there could be a further interesting development with the widespread uptake of urbanized vertical farming in the future: perhaps city dwellers of the future will be far more savvy and involved regarding how their food is grown and made compared to ours and recent urbanized generations. They could even look forward to food that is more nutritious and has far less impacts on the environment. That could surely itself be a positive upside to a more crowded, urbanized planet.

Astronomers Have Found Another Possible ‘Exomoon’ beyond Our Solar System

NASA Mission Could Blast an Asteroid That Once Menaced Earth