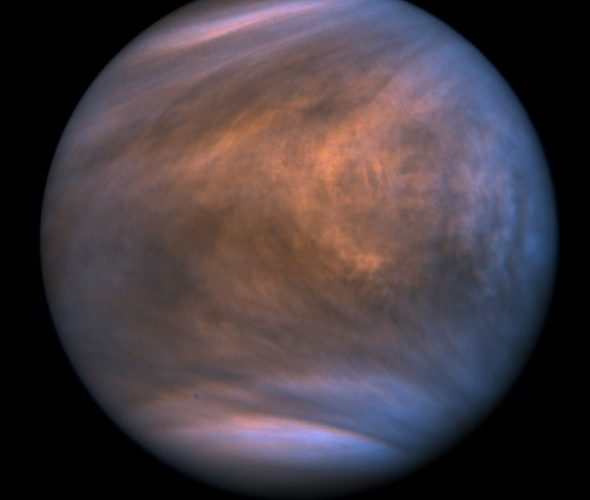 There is something funky going on in the clouds of Venus. Telescopes have detected unusually high concentrations of the molecule phosphine—a stinky, flammable chemical typically associated with feces, farts and rotting microbial activity—in an atmospheric layer far above the planet’s scorching surface.

The finding is curious because here on Earth, phosphine is essentially always associated with living creatures, either as a by-product of metabolic processes or of human technology such as industrial fumigants and methamphetamine labs. Although toxic to many organisms, the molecule has been singled out as a potentially unambiguous signature of life because it is so difficult to make through ordinary geological or atmospheric action.

Swathed in sulfuric acid clouds and possessing oppressive surface pressures and temperatures hot enough to melt lead, Venus is a hellish world. But the particular cloud layer where the phosphine is present happens to be relatively balmy, with ample sunlight and Earth-like atmospheric pressure and temperature. The results will have to be carefully vetted by the scientific community. Yet they seem likely to spark renewed interest in exploring our sister planet next door.