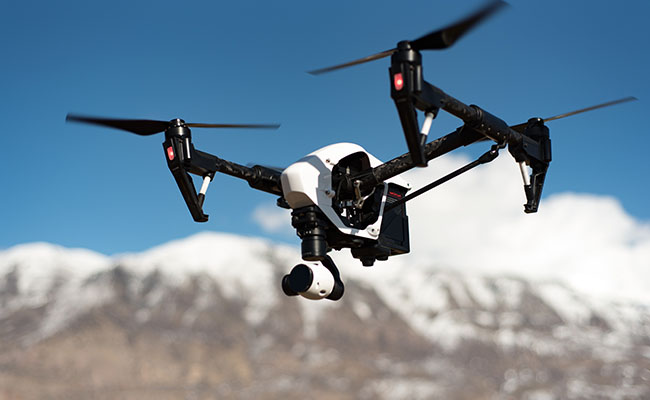 Imagine you’re hiking through the woods near a border. Suddenly, you hear a mechanical buzzing, like a gigantic bee. Two quadcopters have spotted you and swoop in for a closer look. Antennae on both drones and on a nearby autonomous ground vehicle pick up the radio frequencies coming from the cell phone in your pocket. They send the signals to a central server, which triangulates your exact location and feeds it back to the drones. The robots close in.

Cameras and other sensors on the machines recognize you as human and try to ascertain your intentions. Are you a threat? Are you illegally crossing a border? Do you have a gun? Are you engaging in acts of terrorism or organized crime? The machines send video feeds to their human operator, a border guard in an office miles away, who checks the videos and decides that you are not a risk. The border guard pushes a button, and the robots disengage and continue on their patrol.

This is not science fiction. The European Union is financing a project to develop drones piloted by artificial intelligence and designed to autonomously patrol Europe’s borders. The drones will operate in swarms, coordinating and corroborating information among fleets of quadcopters, small fixed-wing airplanes, ground vehicles, submarines, and boats. Developers of the project, known as Roborder, say the robots will be able to identify humans and independently decide whether they represent a threat. If they determine that you may have committed a crime, they will notify border police.

President Donald Trump has used the specter of criminals crossing the southern border to stir nationalist political sentiment and energize his base. In Europe, two years after the height of the migration crisis that brought more than a million people to the continent, mostly from the Middle East and Africa, immigration remains a hot-button issue, even as the number of new arrivals has dropped. Political parties across the European Union are winning elections on anti-immigrant platforms and enacting increasingly restrictive border policies. Tech ethicists and privacy advocates worry that Roborder and projects like it outsource too much law enforcement work to nonhuman actors and could easily be weaponized against people in border areas.