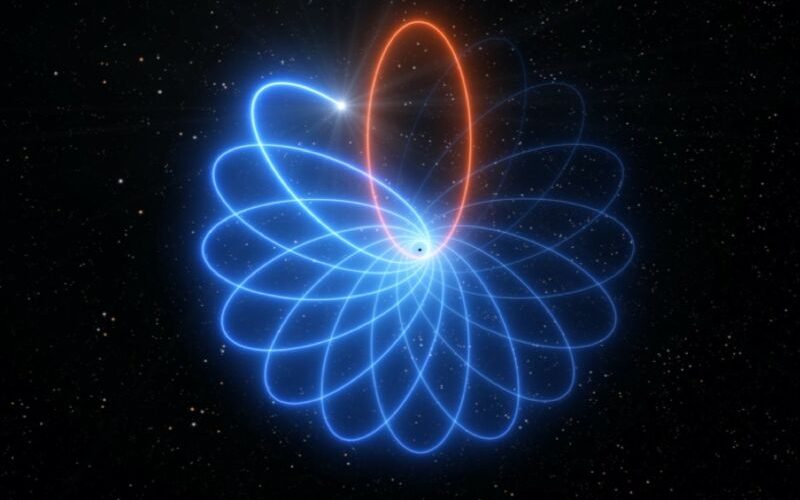 Astronomers saw a star dancing around a black hole. And it proves Einstein’s theory was right

For the first time, astronomers have observed a star orbiting the supermassive black hole at the center of our Milky Way galaxy. And the star is dancing to the predicted tune of Albert Einstein’s general theory of relativity.

The study published Thursday in the journal Astronomy & Astrophysics.
Observations of the star were made by astronomers using the European Southern Observatory’s Very Large Telescope in Chile’s Atacama Desert. They saw that the star’s orbit is shaped like a rosette.
Isaac Newton’s theory of gravity suggested the orbit would look like an ellipse, but it doesn’t. The rosette shape, however, holds up Einstein’s theory of relativity.
“Einstein’s general relativity predicts that bound orbits of one object around another are not closed, as in Newtonian gravity, but precess forwards in the plane of motion,” said Reinhard Genzel, in a statement. He is the director at the Max Planck Institute for Extraterrestrial Physics in Garching, Germany.