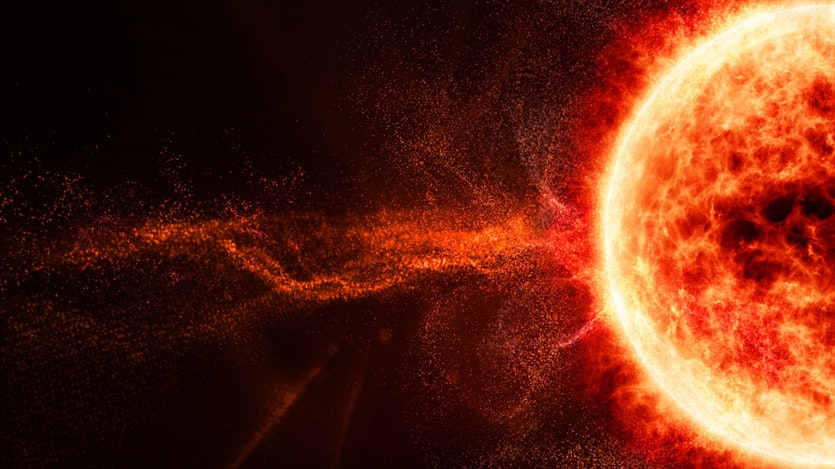 TSS EXCLUSIVE: The Perfect Storm – Solar Events That Have Potential To Black Out Entire Cities

It’s Spring 2026 in the Northern Hemisphere.

A massive storm in the atmosphere sends electrical currents rushing to the ground, taking out power grids across Europe, Canada, and parts of the northern United States. Nearly one third of the world goes dark.

The blackout strands motorists in traffic, traps pedestrians in subway cars in darkened tunnels, and taxes back-up generators at hospitals, first-responder stations, and other important buildings. Space shuttles are grounded as sensors pick up unusually high-pressure readings. Airplanes, especially those close to the poles, experience equipment failures in mid-flight.

Electric grids in unaffected areas take up the slack and try to push electricity and power to the blackout zones, but they are unable to handle the load. Hundreds of power grid problems arise across thousands of miles in just a matter of a few minutes.

The problem is not terrestrial either. Radio transmissions go on the fritz. Thousands of communication satellites register hundreds of anomalies as sensitive equipment are fried, destroyed, or temporarily go offline. Some satellites lose their bearings or stability and start spiraling out of control or colliding with other space debris. The International Space Station goes dark—its occupants’ lives unknown.

Over the next few days, millions of smartphones stop working. Internet is disabled. Cell-towers stand like decrepit scarecrows. Riots and anarchy have left gas stations and grocery stores in ruin. Hundreds of black smoke columns reach skyward across multiple countries as transformers and sections of cities burn. Millions of people remain without electricity and when the totals are done on the damage left in the wake of this storm, it’s well over the trillion dollar mark.

This was not an attack by a foreign invader set to start the next World War. This was not sabotage or anarchists looking for the next apocalyptic thrill. And this was not a new phenomenon or unprecedented mass event.

A natural storm like this happened in March 1989 and another one in September 1859, though the world was much less techno-centric back then. Called the Quebec Blackout and the Carrington Event, respectively, these catastrophes happened all because of the Sun.

The Sun goes through 11-year solar cycles where it has active storms and sunspots at its peak (called the solar maximum) and around 5.5 years later has no spots or activity at its lowest point (called the solar minimum). As of 2020, the Sun is at the latter.

When solar maximums happen, sunspots are very prominent and can create powerful solar storms. These storms can hurl immense clouds of magnetized particles into space at over a million miles per hour. These magnetized expulsions of plasma are called coronal mass ejections (CMEs). Sometimes, these CMEs are pointed towards the Earth and can slam into the atmosphere from as soon as 18 hours or as late as 3 days after an ejection, depending on speed, size, and direction.

The results of CMEs smacking into the Earth can be seen in the form of aurora borealis (Northern Lights) or aurora australis (Southern Lights). The majority of the time, these natural light shows can be seen close to the poles and are frequently visible in Norway, Iceland, and Canada. In an event such as the Quebec Blackout or Carrington Event, this massive solar event can be seen as far south as Florida and parts of Mexico.

In the case of the Carrington Event, a “solar flare with the energy of nearly 10 billion atomic bombs” was unleashed towards the Earth. The resulting aurora was so bright birds and people thought it was morning from the sun rising, unplugged batteries could still transmit messages, and telegraph stations were charged with resulting currents traveling through the wires to the point they were in danger of melting.

More challenges were faced with the Quebec Blackout. A CME the size of 36 Earths ripped from the Sun’s surface and headed to the pale blue dot. Satellites suffered electronic glitches, transformers were destroyed, and Canada’s Hydro-Quebec power utility’s grid failed from the power overload caused by currents traveling through the ground.

The Day the Earth Stood Still

What would happen to modern infrastructure and technology if a solar storm such as either of these were to happen? In addition to some of the possible problems listed in the scenario at the beginning of this article, the world could face many pressing challenges:

–  Geomagnetically induced currents (GICs) would contribute to the rusting and corrosiveness of oil and gas pipelines, causing potential environmental disasters.

– Military defense systems used to track missiles or provide surveillance could go offline or—worse yet—an enemy could take advantage of the chaos and launch an offense.

– An extreme blackout could cause an economic fallout and damages could reach upwards of nearly $42 billion in loss per day.

Perhaps even worse: a massive CME can heat up the Earth’s atmosphere. The gases in the upper stratosphere would expand, moving outward. This would cause the air density to increase around satellites and spacecraft, causing more drag and altitude loss in their orbits. It could result in satellites re-entering the atmosphere and burning up.

The Earth would go silent and dark.

How can countries protect themselves from this type of natural disaster?

The first line of defense is better understanding of the behavior of the Sun and quicker detection of CMEs. In December 2019, the Inouye Solar Telescope began providing some of the most detailed images so far as seen in this video. One of the goals of this telescope is to see and measure the magnetic fibrils (the basic magnetic structures) on the Sun’s surface and within its outer atmosphere. This will help scientists quantify, predict, and better understand solar magnetism and astrophysical plasmas.

And, in February 2020, ESA teamed up with NASA to launch the Solar Orbiter, a spacecraft that will provide unprecedented images and data from unexplored polar regions of the Sun. It will also study solar winds, the origin of the corona’s magnetic field, and the physics behind the solar surface’s plasma.

The second strategy is more hypothetical. Scientists Manasvi Lingam and Abraham Loeb from the Harvard-Smithsonian Center for Astrophysics propose building a colossal magnetic solar shield. This shield would be placed at Lagrangian Points in space where gravitation pulls between celestial objects—such as the Sun and Earth or Earth and Moon—are at their weakest. It would, theoretically, be able to deflect charged particles away from the Earth and could be finished by the end of the century. However, the cost of such a project may be seen as prohibitive and could shelve such a plan.

A more localized strategy could be accomplished at home. Families and individuals could protect their electronic devices with a Faraday cage. Faraday cages work like vehicles and aircraft: the exterior metal “cage” or chamber keeps electromagnetic fields away from the objects within. Or, in reverse, the same way a microwave functions by trapping electrical waves within the container and protecting everything on the outside. A large enough cage or cages would need to be built to protect value electronics including external drives, computers, smartphones, or other IoT devices.

The Day After Tomorrow

It is highly probable that a large solar storm or CME event such as the Carrington Event and Quebec Blackout will occur again. It is unknown if that will happen this century or the next. It is also unknown the scope of damage to electrical equipment or duration of outages that could occur across the globe.

What is known is that a global economic fallout would cost the world billions of dollars per day and trillions before everything returns to normal. What is also known is that scientists are working to understand heliocentric activities and better predict and prepare the Earth before the next perfect storm hits.