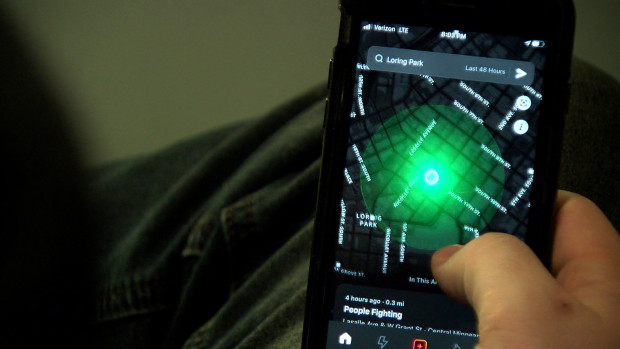 CITIZEN, A MOBILE APP that alerts people to nearby emergencies, is testing the reintroduction of a controversial feature that lets users report crimes and incidents on their own by live streaming video.

Created by New York-based startup sp0n, Citizen first launched under the name “Vigilante” in 2016 in New York City, broadcasting alerts of 911 calls to users in the vicinity and allowing those users to send live video from incident scenes, comment on alerts, and report incidents on their own. In a splashy launch video with the hashtag #CrimeNoMore, several young men were depicted rushing to aid a woman who was chased by a menacing stranger; the video instructs users not to “interfere with the crime,” but then adds, “Good luck out there!” Vigilante was met with swift backlash from the public and police departments, and Apple soon pulled the app from its store. At that time, the New York Police Department issued a statement saying, “Crimes in progress should be handled by the NYPD and not a vigilante with a cell phone.”

Several months later, the app rebranded as Citizen, removed the incident reporting feature, and said it was shifting its focus to “safety” and “avoiding crime” — a far cry from its prior positioning.

Citizen’s return to public crime reporting has not been publicized, but is documented on the company’s user support website.