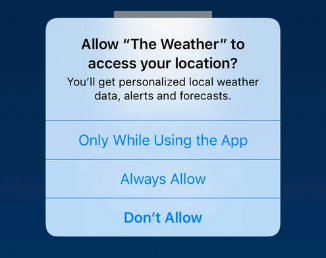 The Weather Channel app deceptively collected, shared and profited from the location information of millions of American consumers, the city attorney of Los Angeles said in a lawsuit filed on Thursday.

One of the most popular online weather services in the United States, the Weather Channel app has been downloaded more than 100 million times and has 45 million active users monthly.

The government said the Weather Company, the business behind the app, unfairly manipulated users into turning on location tracking by implying that the information would be used only to localize weather reports. Yet the company, which is owned by IBM, also used the data for unrelated commercial purposes, like targeted marketing and analysis for hedge funds, according to the lawsuit.